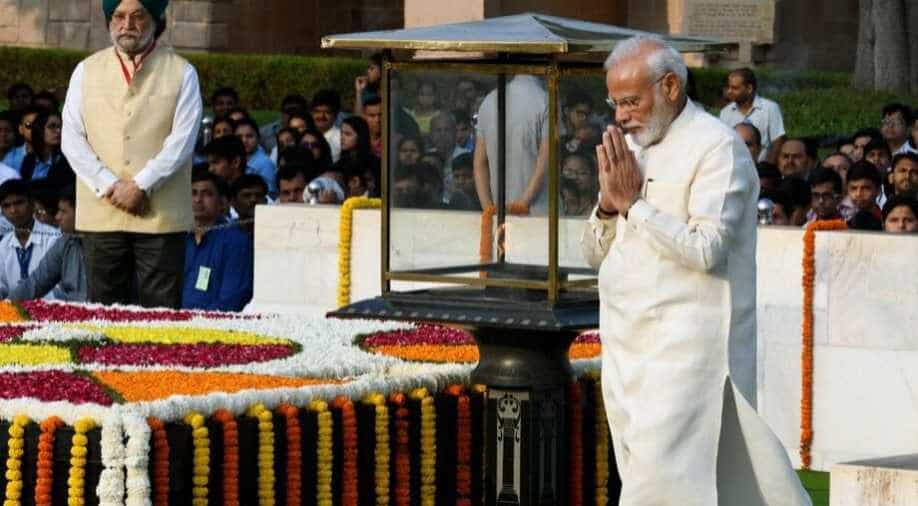 Prime Minister Narendra Modi on Wednesday paid tribute to Mahatma Gandhi at Raj Ghat on the occasion of his 150th birth anniversary.

Both Congress and BJP are organising a number of events throughout the country to mark Gandhi's 150th birth anniversary.

The Bharatiya Janata Party (BJP) has extended its Gandhi Sankalp Yatra by a period of three months.

As per the circular sent to the leaders, the Yatra will now be a 120-day exercise and will culminate on January 31, 2020.

Earlier, it was scheduled to be held between October 2 and October 31.

Under this, the BJP is planning to propagate Gandhi's ideals and principles of non-violence, Swaraj and simplicity to mark his 150th birth anniversary.

Posters, banners and kits for the programs to be held during the yatra will be directly sent to the state units from the party headquarters. PM Modi is scheduled to kick-off the program from Gujarat.