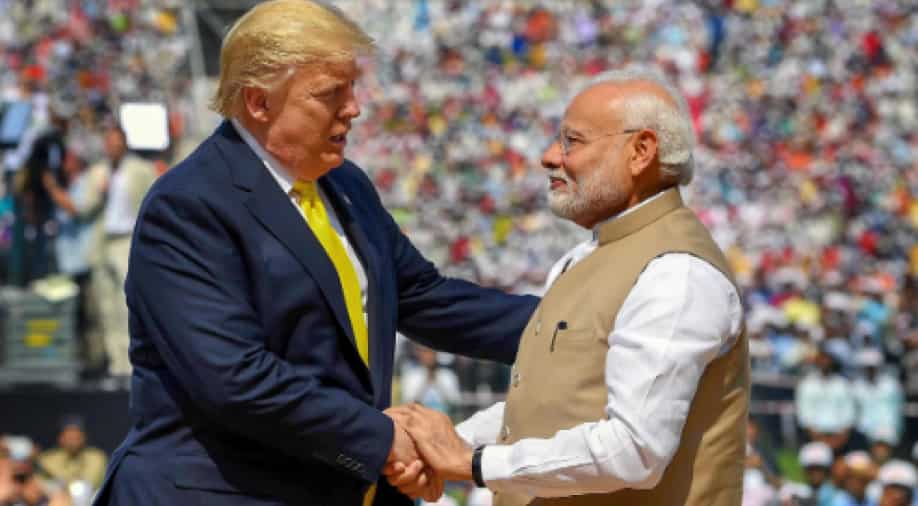 Trump and Modi are at their best while addressing crowds at rallies. They have the same pitch especially on the economic front.

There is considerable buzz around US President Trump's India visit. Both Trump and Modi come from different backgrounds and yet, have a lot in common.

Modi and Trump are mass leaders, have a strong support base and are the face of their parties.

The two leaders represent the right-wing in their country's politics. Trump and Modi are at their best while addressing crowds at rallies. They have the same pitch, especially on the economic front.

Trump wants to bring back American jobs. Modi talks about Make in India, some call it protectionism. They say it's putting national interest on top. Both Modi and Trump are fans of social media.

Trump's tweets dictate American domestic and foreign policy agenda. It also influences global conversation. Prime Minister Modi too believes in direct communication, he is among the most followed leaders in the world on social media.

In fact, he has a bigger following than Trump, though the American president doesn't admit it.

Now, the hope is they can also find common ground when they begin talking business.

As for the differences, their backgrounds couldn't have been more different. Trump was born in wealth, PM Modi's beginnings were humble.

In Pics: US President Donald Trump in India

And same with their politics. Prime minister Modi is a career politician. He started from the grassroots and rose through the ranks of the BJP to become India's prime minister.

On the other side, Trump is the ultimate outsider. A businessman and reality TV star who barged into the political arena and won the biggest prize - the US presidential office.

Prime minister Modi still remains the most popular leader in India. He enjoys a brute majority on the national level and remains unchallenged.

State election upsets have not dented his personal political stature. However, Donald Trump just survived impeachment and as of today, eight challengers are willing to take him on for the US president's post.

Beyond politics, there are some obvious differences in personality too. Donald Trump is flamboyant and doesn't mind showing off his wealth.

Before turning president, he appeared at Miss USA pageants. In fact, he owned the pageant from 1996 to 2015. He has made cameo appearances in films and TV and even hosted a TV show for 11 years.

Prime Minister Modi is a man of humble origins and he often talks about it, including the simple lifestyle he leads.

Despite these facts, both leaders are among the mainstream faces of global politics. They refect a trend, they belong to an era that is dominated by right wing politicians - strongmen who have won brute force majorities in a democratic election.