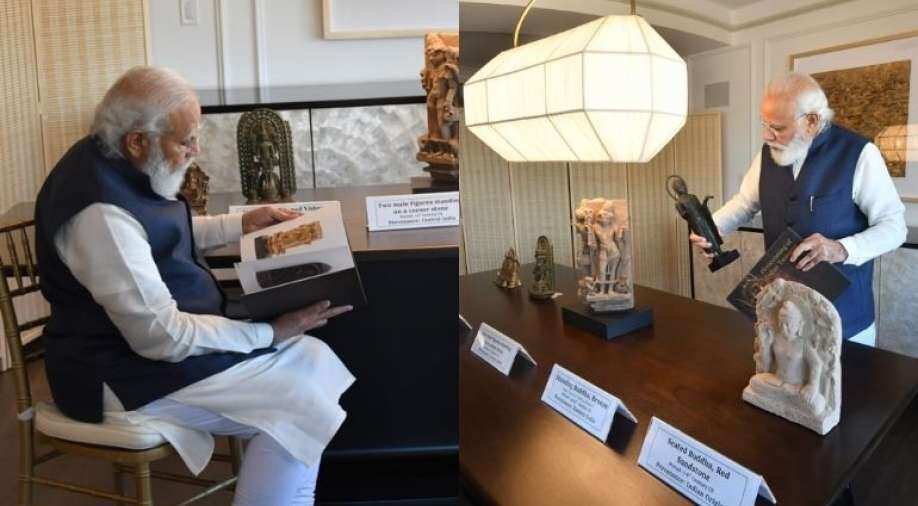 More than 70 items are cultural artifacts. There are 60 figurines related to Hinduism, 16 related to Buddhism and nine Jainism artifacts that Indian Prime Minister Narendra Modi will bring back to India from the US. The treasures were handed over to him by the Biden administration.

As Indian Prime Minister Narendra Modi departed for New Delhi after completing his historic trip for UN General Assembly, bilateral summit with President Joe Biden and Quad summit, he is also bringing 157 artefacts and antiquities that were handed over by the United States.

This comes as PM Modi and President Biden committed to strengthen their efforts to combat the theft, illicit trade and trafficking of cultural objects. 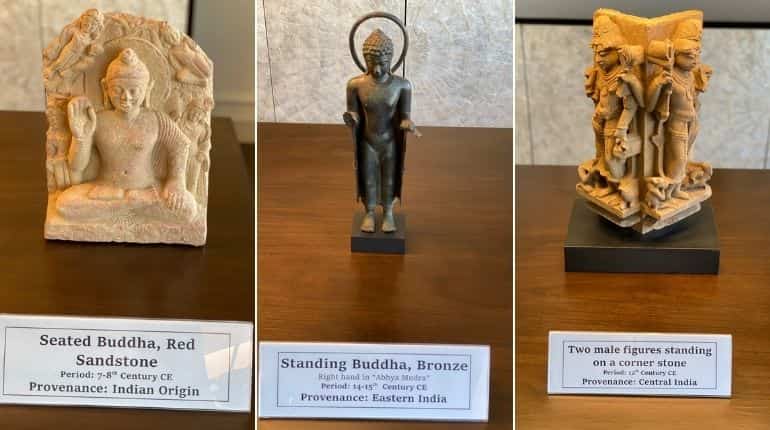 The list of 157 artefacts includes a diverse set to items ranging from the one and a half metre bas relief panel of Revanta in sandstone of the 10th CE to the 8.5cm tall, exquisite bronze Nataraja from the 12th CE.

The items largely belong to the period of 11th CE to 14th CE as well as historic antiquities such as the copper anthropomorphic object of 2000BC or the terracotta vase from the 2nd CE. Some 45 antiquities belong to Before Common Era. 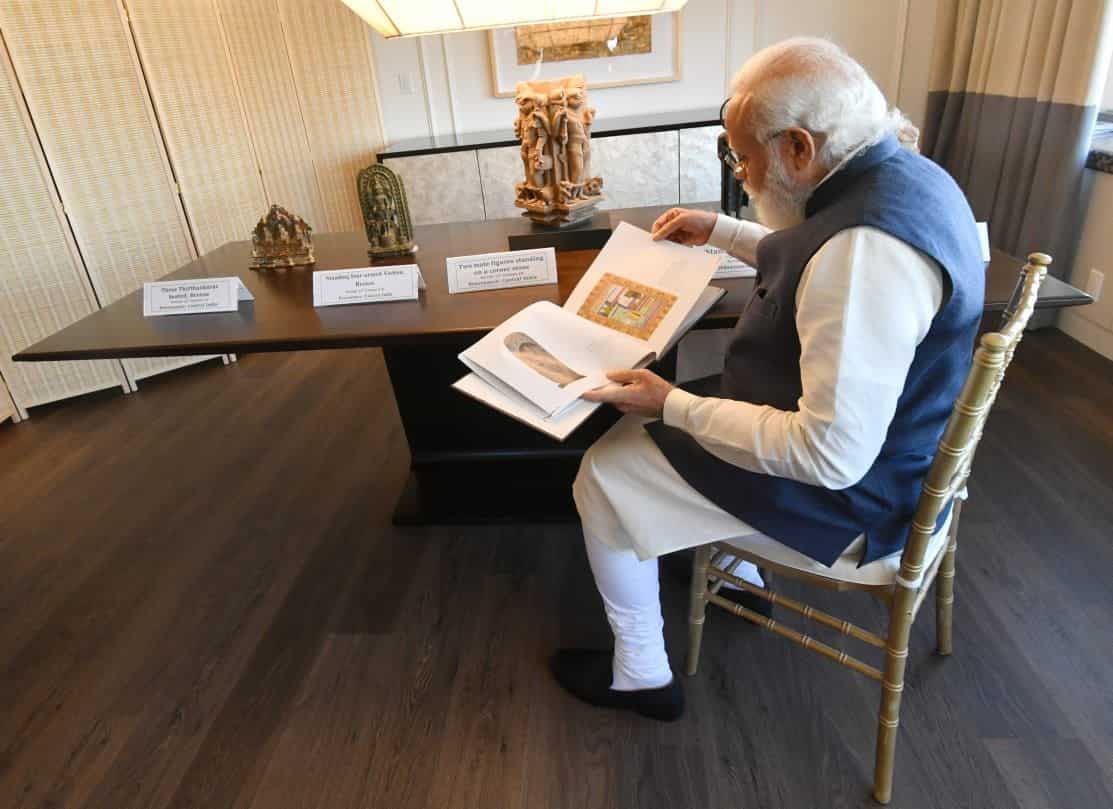 More than 70 items are cultural artifacts, there are 60 figurines related to Hinduism, 16 related to Buddhism and nine Jainism artifacts.

Their make spreads across metal, stone and terracotta. The bronze collection primarily contains ornate figurines of the well-known postures of Lakshmi Narayana, Buddha, Vishnu, Siva Parvathi and the 24 Jain Tirthankaras and the less common Kankalamurti, Brahmi and Nandikesa besides other unnamed deities and divine figures.

There are 56 terracotta pieces (Vase 2nd CE, Pair of Deer 12th CE, Bust of Female 14th CE) and an 18th CE sword with sheath with inscription mentioning Guru Hargovind Singh in Persian). This continues the efforts by the Modi Government to bring back our antiquities and artefacts from across the world.