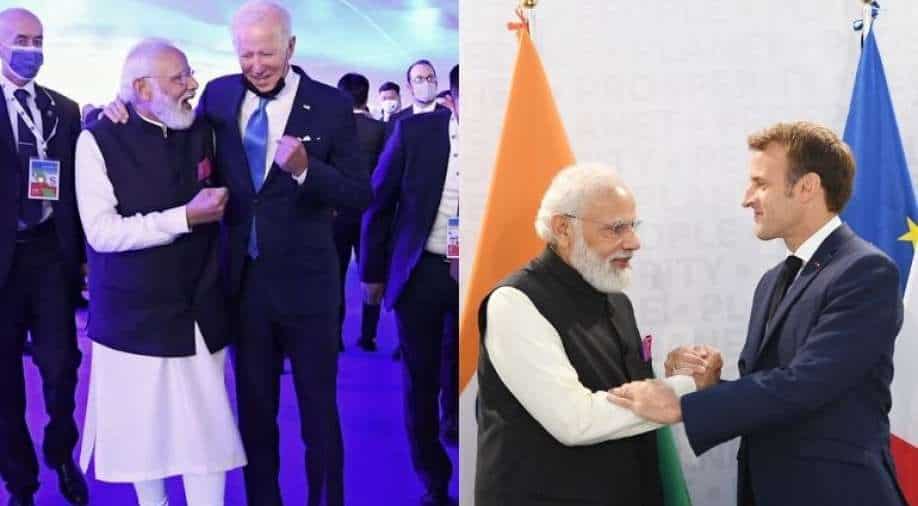 India’s Prime Minister Narendra Modi arrived at the venue of G20 Summit in Rome where he was received by Italian Prime Minister Mario Draghi. He has arrived in the capital for the first in-person G20 summit since the coronavirus pandemic took over the world.

Upon reaching Rome, the Indian PM also met with the US President Joe Biden. The US President had flown in on Friday, after which he met with Pope Francis. Biden also conducted a bilateral meet with his French counterpart, Emmanuel Macron, during which he had admitted that the US had behaved in a "clumsy" manner during the AUKUS talks.

PM Modi was also spotted meeting and hugging French President Emmanuel Macron. The two conducted a bilateral meeting on the sidelines of G20 Summit in Rome, with External Affairs Minister S Jaishankar and National Security Adviser Ajit Doval also present at the table. The two leaders had earlier shared a phone call in September where they had discussed the rising Afghan crisis, bilateral collaboration in the Indo-Pacific region and the importance of India-France partnership. 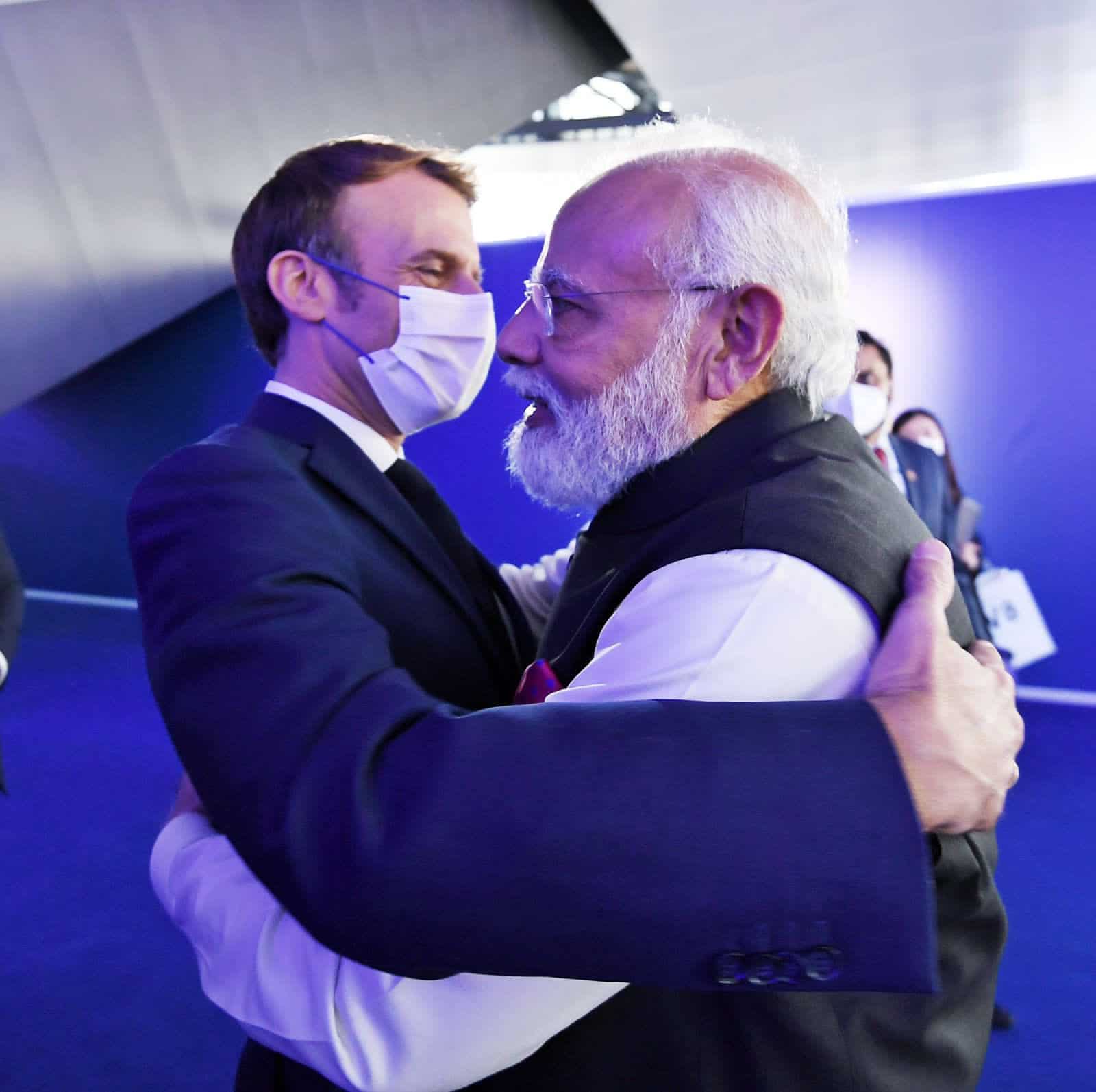 The two leaders had a brief interaction before all attending leaders gathered for a 'family photo' at the Roma Convention Center in Rome. "India and France are cooperating extensively in various sectors. Today’s talks will add momentum to the bilateral ties between the two nations," PM Modi tweeted after the interaction.

The Indian leader said he hoped this summit "will allow us to take stock of the current global situation and exchange ideas on how the G20 can be an engine for strengthening economic resilience and building back inclusively and sustainably from the pandemic."

After Rome, he will head out to Glasgow where he is scheduled to attend the 26th Conference of Parties (COP26) to the United Nations Framework Convention on Climate Change (UNFCCC).  "I will be participating in the high-level segment of COP26 titled 'World Leaders' Summit' (WLS) on 1-2 November, 2021 along with 120 Heads of States/Governments from around the world," he had earlier said in a press release.