Periyar statue decapitated in Tamil Nadu, put back together 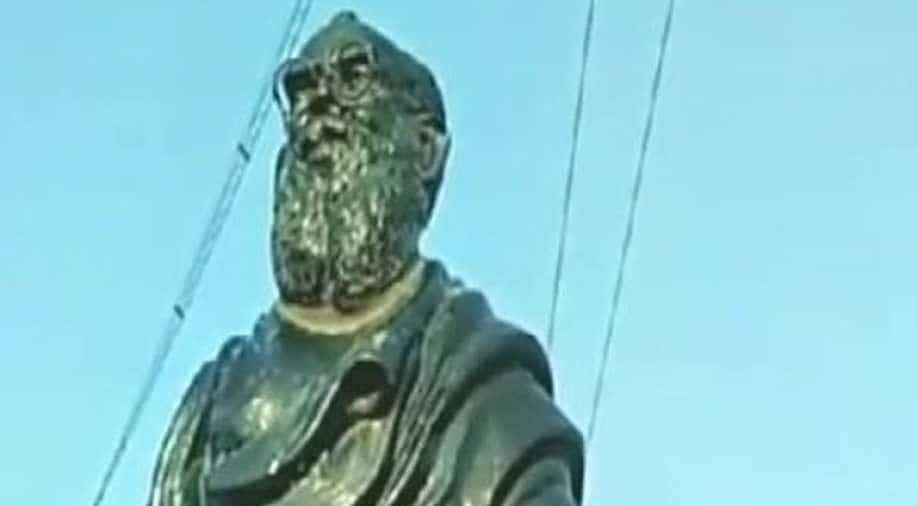 The statue of social reformer and politician  EV Ramasamy Periyar which was vandalised earlier in the day in Tamil Nadu is being reinstated.

The statue was today vandalised by unidentified persons in Tamil Nadu's Pudukkottai district.

A case has also been registered and an investigation is on to find the people involved.

Tamil Nadu: Periyar statue being reinstated in Pudukkottai, the statue was earlier which vandalised by unidentified persons. Case has been registered and investigation is on. pic.twitter.com/mUsmT9qWEs

A statue of the social reformer was also vandalised by BJP functionary R Muthuraman in the state's Vellore district on March 6. He was expelled from the party the next day.

BJP leader H Raja also invoked widespread outrage after a controversial Facebook post in which he called Periyar a "caste fanatic" whose statue would be removed just like Lenin statue in Tripura.

Raja in his now-deleted Facebook Post wrote, "Who is Lenin and what is the connection between Lenin and India? What connection has India with Communists? Lenin's statue has been removed in Tripura. Today it is Lenin's statue in Tripura, tomorrow it will be the statue of caste fanatic EVR Ramasamy."

Following the criticism, the BJP leader apologised for the post and blamed his social media team for the comments.