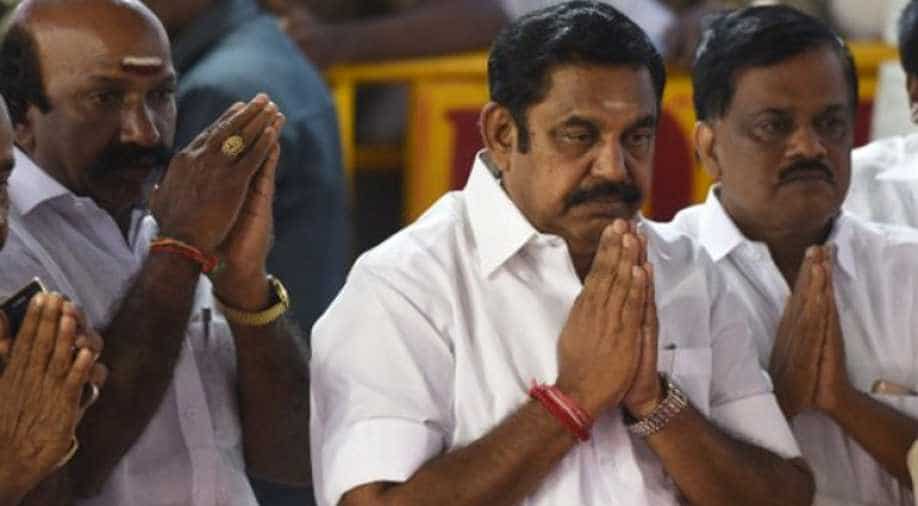 Stalin was quick to thank the outgoing chief minister and AIADMK Joint-coordinator. “I thank Palaniswami and also seek his ideas and cooperation for building the best Tamil Nadu”.

In a stark contrast to the Jayalalithaa-Karunanidhi era of politics that was driven by blatant displays of vendetta, outgoing chief minister of the southern Indian state of Tamil Nadu Edappadi K Palaniswami has congratulated the chief minister-in-waiting MK Stalin.

What has also gained attention is how Stalin went the extra mile to seek Palaniswami’s cooperation for the development of Tamil Nadu.

It is also learnt that after the AIADMK’s electoral defeat, Palaniswami, who is staying in Salem, sent his resignation to Governor Banwarilal Purohit.

“I convey my best wishes to MK Stalin who is going to take oath as Tamil Nadu Chief Minister” Palaniswami shared on his Twitter account on Monday.

Stalin was quick to thank the outgoing chief minister and AIADMK Joint-coordinator. “I thank Palaniswami and also seek his ideas and cooperation for building the best Tamil Nadu”.

During the early hours of Monday, Stalin paid his respects at his father M Karunanidhi’s resting place, by symbolically placing the winning certificate.
Speaking to the media, Stalin said that considering the severe Covid-19 pandemic situation in the state, the swearing-in function will be simple and may be held in Raj Bhavan(Governor’s Residence).

He added that the DMK party will form the government for the sixth time in Tamil Nadu and follow the footsteps of five-time Chief Minister M.Karunanidhi. Stalin also said the DMK’s governance will be such that those who had voted for the party will feel happy voting for it, and even those who did not vote would regret their decision to not have voted for them.

DMK General Secretary Durai Murugan said that the party’s elected representatives would meet at the party headquarters at 6 pm, Tuesday, under the leadership of MK Stalin.