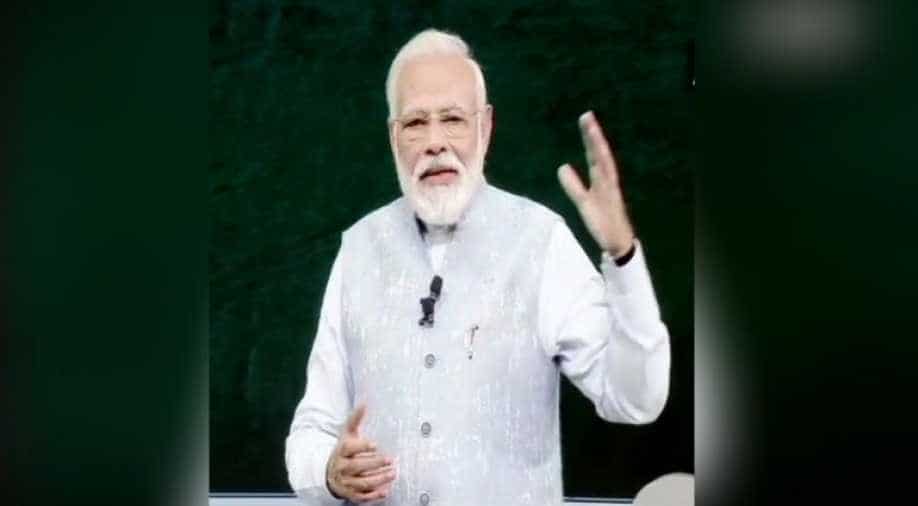 Modi further said that the Centre had not only approved the purchase of adequate bulletproof jackets for its own soldiers, but it is now moving ahead to export such jackets to the other countries too

The BJP government cleared the work which had been stalled for more than three decades leading to the inclusion of Rafale aircraft in the fleet of Indian Air Force (IAF), said Prime Minister Narendra Modi on Tuesday.

"For over 30 years not a single next-generation fighter plane was added to IAF's fleet. Our aging aircrafts used to meet with accidents, fighter pilots kept getting martyred but the people responsible for getting the new planes had no concern," Modi said at the National Cadet Corps (NCC) rally at Cariappa grounds in New Delhi.

"Should we have let that continue? Should we have allowed the Air Force to get weakened? No. We cleared the work which was stalled for more than 30 years and today I am happy that India has got the next-generation fighter plane Rafale and it will fly in the country's skies soon," Modi added.

Modi further said that the Centre had not only approved the purchase of adequate bulletproof jackets for its own soldiers, but it is now moving ahead to export such jackets to the other countries too.

Asserting that his government had also played a big role in increasing synergy by the creation of the post of Chief of Defence Staff (CDS), Modi said, "For many years, discussions were being held to appoint a Chief of Defence Staff to increase synergy and coordination between the three wings of the Armed Forces. But nobody took a decision on it."

"The creation of the Department of Military Affairs, CDS and the appointments to them was also done by us. We worked with the thought that it was time to deliver," he added.

Earlier, the Prime Minister had presented awards to the best cadets. Defence Minister Rajnath Singh, Chief of Defence Staff General Bipin Rawat, and the three wing-chiefs were also present at the rally.

Cadets from Bhutan, Russia, and Nepal were also present at the event held today.