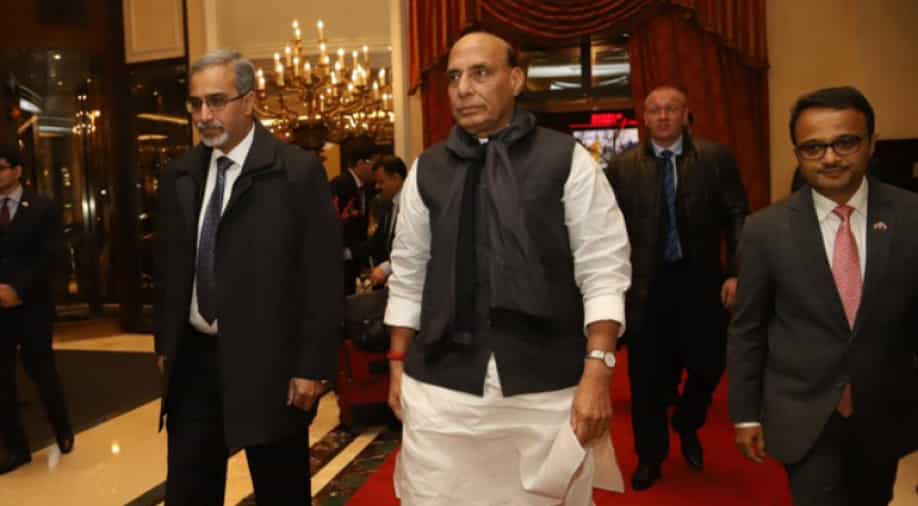 During his visit, Rajnath Singh will co-chair the 19th India-Russia Inter-Governmental Commission on Military and Military-Technical Cooperation (IRIGC-M&MTC) here.

Defence Minister Rajnath Singh on Tuesday arrived in Moscow on a three-day visit to Russia where he will discuss modalities pertaining to defence co-production between the two countries.

During his visit, the Defence Minister will co-chair the 19th India-Russia Inter-Governmental Commission on Military and Military-Technical Cooperation (IRIGC-M&MTC) here.

According to a statement released by the Ministry of Defence, Singh is expected to hold extensive discussions with Defence Minister of Russia General Sergei Shoigu covering all areas of military-to-military cooperation and defence industrial cooperation.

He will also inaugurate, along with Russian Minister of Industry and Trade Denis Manturov, `India-Russia Defence Industry Cooperation Conference`.The Conference will discuss ways to promote defence industrial cooperation between India and Russia, technology transfer and investment in India in the defence industry under the `Make in India` programme.

Rajnath Singh is also scheduled to visit St Petersburg where he will place a wreath at the Piskarevsky Memorial Cemetery honouring the soldiers and civilians who lost their lives during the Second World War.

Last week, Singh had travelled to Tashkent, Uzbekistan where he represented India at the Council of Heads of Government meeting of the Shanghai Cooperation Organisation. India and Uzbekistan signed three MoUs pertaining to military education and military medicine.