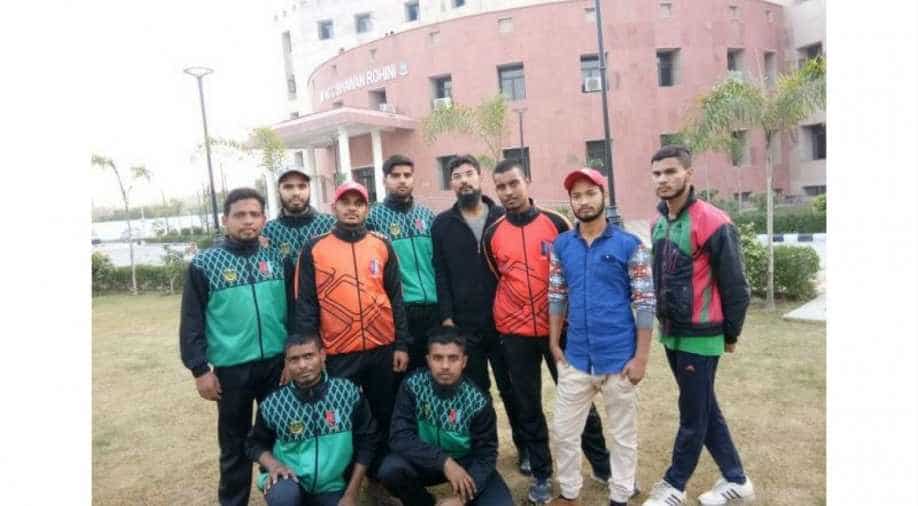 The students (pictured) protested on the university campus, calling their expulsion?'discrimination', and demanding that they be reinstated in the camp immediately.? Photograph:( Twitter )

The students protested on the university campus, calling their expulsion "discrimination", and demanding that they be reinstated in the camp immediately.

The students say they were asked to leave the Rohini camp on Sunday night after they refused to shave their beards.

One of the protesting students was quoted as saying: “A total of 35 students from the JMI had joined the 10-day camp on December 19, of which ten of us sport a beard. We were repeatedly asked to shave to which we denied as it is against our religious beliefs. We were finally thrown out of the camp."

NCC officials say cadets other than Sikhs are forbidden from growing beards during camps.

A senior official responded to the accusations and said, “It’s a part of NCC’s code of conduct and not any discrimination. Nobody was asked to leave the camp."

They also met Vice-Chancellor Talat Ahmad and urged him to take immediate action against Kumar.

A similar issue was brought to light in August 2015 when the Andhra Pradesh Minorities Commission issued a notice to the NCC director-general seeking an explanation on a circular issued two years ago which forbade cadets, other than Sikhs, from growing beards.

The commission, in December that year, asked the defence ministry to make the exemption granted to the Sikh community applicable to Muslims too.

The matter is still under examination.