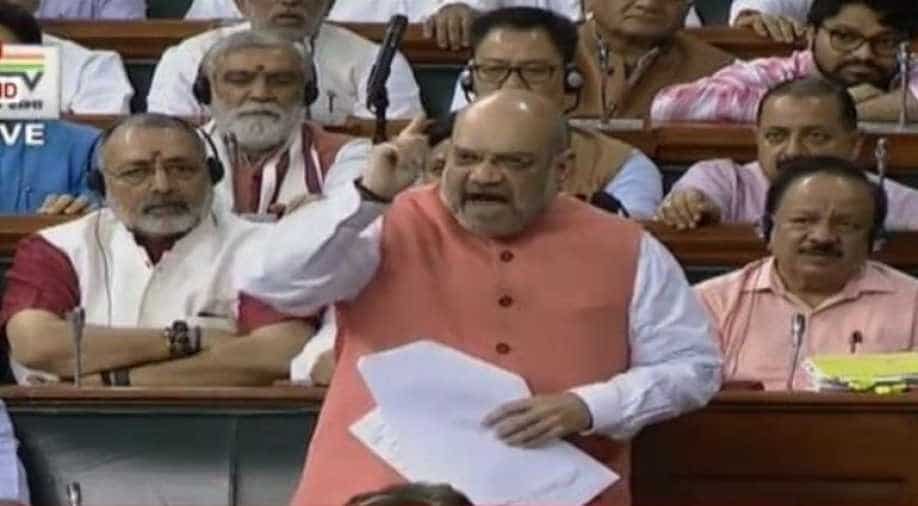 Owaisi said that at the "stroke of the midnight hour, while the world slept, India`s ideals of liberty, equality, fraternity and justice were betrayed".

After lower house (Lok Sabha) cleared the Citizenship (Amendment) Bill past midnight on Monday, leaders of several Opposition parties voiced their discontent and said it was against national interest.

After the Bill, which seeks to grant Indian citizenship to non-Muslim refugees from Pakistan, Bangladesh, and Afghanistan was passed by 311-80 votes in the lower house, the All India Majlis-e-Ittehadul Muslimeen (AIMIM) chief Asaduddin Owaisi took to Twitter to express his anguish.

Owaisi said that at the "stroke of the midnight hour, while the world slept, India`s ideals of liberty, equality, fraternity and justice were betrayed".

The AIMIM leader further said: "I fought hard against it and I promise every Indian that this fight isn`t over. Don`t let hopelessness come near you. Be defiant, be strong.

"Earlier today, Owaisi tore a copy of the Citizenship (Amendment) Bill during a discussion on it in the Lok Sabha. Echoing similar sentiments, Congress leader Shashi Tharoor said that it is a "black day" for the Constitution.

"It is a black day for our Constitution because what happened was unconstitutional. It [the Bill] very clearly targets the Muslim community, it is very shameful," Tharoor told.

Trinamool Congress (TMC) leader Sudip Bandyopadhyay also said that the Bill is against the "national integration".

"TMC is a firm believer of unity and diversity and does not support division of the country on the basis of religion," he said.

"This [CAB] is dangerous for Assam, we are next-door neighbours to Bangladesh. This Bill will adversely affect the culture, heritage and population structure of the North-East," Gogoi told ANI. He further said the bill will encourage people from Bangladesh to enter and settle in Assam.

The Bill, which seeks to give citizenship to refugees from the Hindu, Christian, Sikh, Buddhist and Zorastrian communities fleeing religious persecution from Pakistan, Afghanistan and Bangladesh was passed in Lok Sabha after a lively debate and a division of vote with 311 MPs voting in favour of the bill and 80 voting against it.