Opinion: BJP should focus on winning rural India in Budget 2018 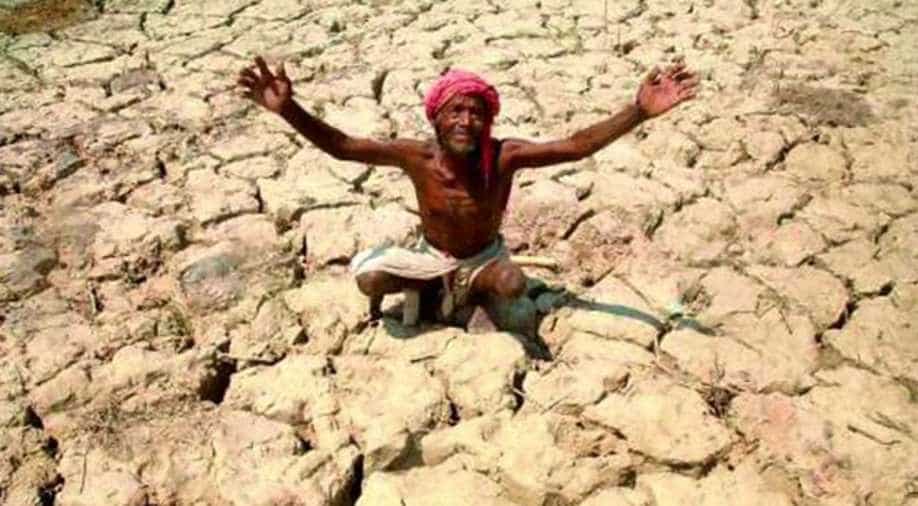 Even ordinarily, every Union Budget is important. But the Budget for 2018-19 has an added significance for a number of reasons, which is why February 1 is being so keenly anticipated. External factors, as certainly as internal economic dynamics, have always influenced Budget proposals. This time will be no different, except that those external factors, given the way they have got arranged, should have a greater political import than would normally have been the case.

Many people had hoped to get a teaser on the Budget in Prime Minister Narendra Modi’s first interview of this year, given to Zee News recently. But he did not oblige, merely reiterating that the forthcoming Budget would proceed in the direction of reforms that his Government had initiated and carried forward since May 2014. In a subsequent interview to another television channel, the Prime Minister was no more forthcoming — he only said that people were not enamoured of sops; they preferred to be gainfully empowered.

The Union Budget 2018-19 will be interesting for the following reasons. It will be the first national Budget since the implementation of the Goods and Services Tax (GST) regime and the disruption in the economy that resulted as a consequence. It will also be the last full Budget before the Lok Sabha election in mid-2019. It comes soon after the Gujarat Assembly election result, which offers many lessons to the ruling Bharatiya Janata Party at the Centre. And, it shall be presented months before a spate of Assembly elections that are scheduled in the major States, the outcome of which could depend, inter alia, on what the Budget offers.

The Union Budget for 2018-19 will also, incidentally, be placed just days after Prime Minister Modi returns from the World Economic Forum meeting in Davos, where the Indian business story gets hard-sold to an international audience. This cocktail of circumstances makes the coming Budget special.

There is speculation on what the Budget does to counter the disruption in economic growth consequent to GST — and, earlier, demonetisation. It is true that the BJP has through its recent electoral wins demonstrated that the people have by and large endorsed the twin measures. But economic management is a different kettle of fish.

While international agencies, such as the World Bank have hailed GST and demonetisation, they have also pointed to the immediate after-effects that need fixing. GDP growth is expected to be about seven per cent, down from  8.6 per cent in 2015. The best case scenario projects growth to touch 7.3 per cent by this year-end. Sustained growth is essential to both the reduction of poverty and enhancement of employment opportunities. The contraction in manufacturing and to an extent the services sector is seen as a fallout of the GST.

Given that the most affected have been businessmen and small traders — both being strong vote-banks of the BJP — the Budget is expected to address the concerns. How this would be done, remains in the speculative realm. There is also talk that the Government may bite the bullet by drastically overhauling the personal income tax system to provide a big relief to the salaried middle class, yet another important constituent of the ruling party.

Post Davos, international investors will watch carefully the Budget proposals to see whether further concrete steps are taken to enhance the ease of doing business. Now that India has moved several places high to be among the 100 top nations in the ‘ease of doing business’ ranking of the World Bank, expectations are higher.

It’s true that the Government has abolished dozens of archaic laws that impeded business growth, relaxed foreign direct investment (FDI) norms in various sectors, and established a rule-based transparent mechanism in dealings. But investors will would want to know if the Government is willing to put its own money where its mouth is — that is, show the way to the private sector through massive public investments without compromising on its fiscal deficit target.

But the real challenge before the Modi Government is to fix the crisis in the rural sector (with the agricultural component being the most essential). The BJP may have won the Gujarat election but that came with a wake-up call from the rural voters. The India-Bharat divide was evident, with urban Gujarat voting solidly for the BJP and the rural regions shifting away — even if not very decisively for now — from the ruling party. The obvious cause was the perception that the BJP had failed to address rural distress. In the recent interview, Prime Minister Modi acknowledged the problem of rural distress and stressed on the need to tackle it.

Three major States with an overwhelming rural population — Karnataka, Rajasthan and Madhya Pradesh — vote for new Assemblies later this year. The last two are ruled by the BJP and there has been unrest among the farmers over a variety of issues. The Congress has naturally been quick to cash in on the discontent and is busy burnishing its image as a farmer-friendly party. The last time the Congress had sought to pin down the Modi regime on the India-Bharat narrative was two years ago, when Rahul Gandhi had floated the “suit boot ki sarkar” jibe at the Government. In response, the Government presented its ‘credentials’ of being pro-poor/pro-farmer in the Union Budget for 2016-17. The Prime Minister himself went to town, calling it “pro-village, pro-poor, pro-farmer”. The Mahatma Gandhi National Rural Employment Guarantee Act (MGNREGA) schemes was rewarded with a higher outlay, and the Pradhan mantra Krishi Yojana was announced. Will we see the revival of a similar spirit in the coming Budget?

Admittedly, the task of setting right the agrarian/rural crisis is enormous, and the Government has additionally raised the bar of performance. It promised to double farmer income in five years. That and other assurances are what it will have to keep, besides offering tangible solutions, for the rural voters in the States going to polls soon. The distress, in short, has arisen from two factors. The first is that the remuneration the farmers get for their produce from Government agencies does not even on occasions cover the input cost. The second, often related to the first, is that farmers have fallen in a cycle of debt from which they are finding it exceedingly difficult to extricate themselves. Farmer suicides have only worsened an already bad situation. Then there is the difficulty of selling their produce in the markets at acceptable prices. Placating the rural voter has never been an easy task.

Today, according to provisional estimates of the Central Statistics Office, agriculture accounts for less than 20 per cent of the nation’s economy — the services sector has 54 per cent while industry is close to 29 per cent. This despite the fact that 44 per cent of the country’s workforce is employed in agriculture (according to the World Bank and International Labour Organisation).

The 2018-19 Union Budget is the last big chance for the Government to tweak its priorities so as to be seen as being pro-rural. Chandrababu Naidu had once lost Andhra Pradesh despite being hailed the world over for his administrative skills; the rural voter was turned off by the glitz and glamour which seemed so alien to his living conditions. In 2004, the BJP’s Indian Shining campaign failed to give the party a second consecutive chance to rule — again because rural India refused to endorse the optimism. Union Minister for Finance Arun Jaitley has a good memory. Let’s see if the lessons of the recent months and of the past years get reflected in the coming Budget.