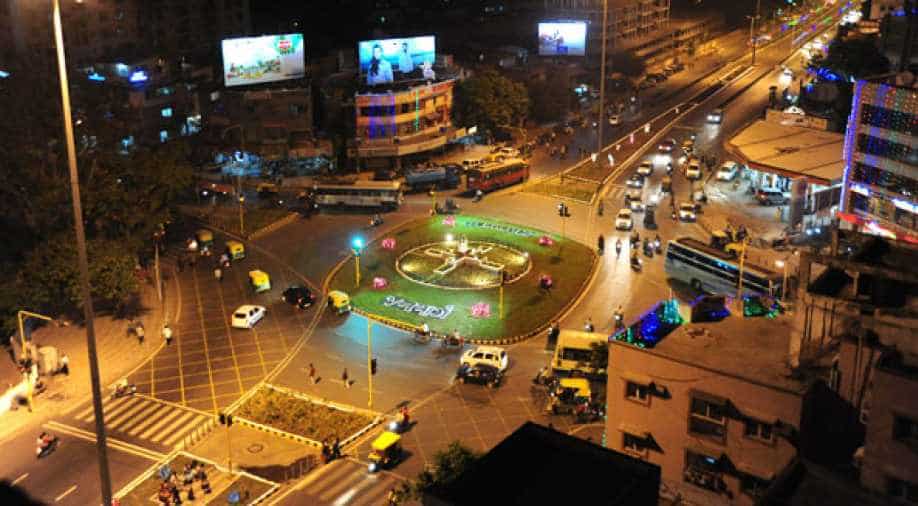 Gujarat enjoys a status as a relatively well-off, industrial state and has been so for decades. Photograph:( Others )

A few weeks back the prime minister stirred up controversy in Karnataka by observing that the people of the state were “anxious to join the race for development.” With elections imminent in Gujarat and round the corner in Karnataka, the implication is of course obvious. The prime minister’s economic appeal rest to a large extent on his claim to have achieved above average outcomes in his native state.

Much has been written both in favour of and against the “Gujarat model.” Many observers have criticised it, focusing on the state’s less than convincing record on social protection, welfare outcomes, and of course, ensuring rights of Muslims and other minorities.

In a recent article well-known economist, Maitreesh Ghatak evaluated Gujarat’s performance on various economic indicators and found it to be middling to the poor performer on many. Others have pointed out that the state has historically been advanced both industrially and commercially with cities such as Surat and Ahmedabad topping the list. So it is not clear what Modi’s contribution has been to its relative success vis-a-vis other states.

Gujarat should be taken to be a role model, particularly for southern states that have managed to post high rates of growth while being more socially inclusive than many northern states.

In any case, development is a multifaceted process and it is always possible to pick indicators that make the point we wish to make. In the new “competitive federal” framework, wherein development is a “race” and states are encouraged to market themselves to foreign and domestic investors, this practice has become even more prevalent.

Modi and his supporters are very good at this game. And as befits a race, this year’s Economic Survey documented that in the post-reform period there have been strong divergences across Indian states. There is a clear sense in which globalisation has been pulling us apart rather than bringing us together. It has been the opposite in China.

So while Gujarat does perform better than many other states as well as better than the national average on some indicators, it is not clear that it should be taken to be a role model, particularly for southern states that have managed to post high rates of growth while being more socially inclusive than many northern states. In some ways, the incidental pre-poll comparison with Karnataka is instructive to evaluate further since both states are comparable in terms of population and basic health and education outcomes, as well as State Gross Domestic Product (SDP).

As per the latest available data from the Economic Survey, Gujarat has a state domestic product just about 6 per cent higher than Karnataka. The states are tied in terms of life expectancy (69 years) but Karnataka fares much better on infant mortality statistics (28 versus 33). While recent data are not available on poverty, as of 2011 Gujarat substantially outperformed Karnataka on this score (16.6 per cent versus 20.9 per cent).

Poverty in Gujarat is also substantially less than the national average of 21.9 per cent. In contrast, Gujarat fares much worse in terms of the sex ratio

Poverty in Gujarat is also substantially less than the national average of 21.9 per cent. In contrast, Gujarat fares much worse in terms of the sex ratio (919:1000 as opposed to Karnataka’s 973) and worse even than India as a whole (943:1000). Another indicator of the low status of women in the state is the female labour force participation rate (LFPR), or the percentage of women, 15 years and older, who participate in paid work.

To Karnataka’s 32.7 per cent and the national average of 23.7 per cent, Gujarat has a female LFPR of a mere 19.2 per cent, one of the lowest in the country. If a high level of women’s participation in paid market work is taken to be a sign of a mature economy, then Gujarat has much scope for improvement and is in no position to lecture Karnataka.

All in all the Gujarat experience is very much a mixed bag. But the most important way in which it is not that different from Karnataka or indeed the rest of the country is in the extent of what economists call “structural transformation”, or a shift in value-added as well as the workforce from agriculture to manufacturing and services.

Here, conforming to their respective images as industry- and service-led economies respectively, a substantially higher proportion of Gujarat’s state domestic product is account for by industry (40 per cent) compared to Karnataka (25 per cent) and reverse is true for services (Karnataka - 56 per cent, Gujarat - 34 per cent).

The Labour Bureau data reveal that the high level of industrialisation in the state has not really benefited the majority of the workforce.

However, and this is the key, these numbers do not match up with what is happening to the workers in either state. In both states, nearly half of the workforce is still in agriculture, indicating that development has not delivered the desired outcome in either place and indeed in India as a whole. One might say that it is unfair to expect Gujarat to buck what is clearly a national trend. But then again the Gujarat model rhetoric is one of Gujarati exceptionalism.

The Labour Bureau data reveal that the high level of industrialisation in the state has not really benefited the majority of the workforce. 55 per cent of the workforce is still self-employed and a mere 16 per cent earns a regular wage or salary. Nearly, 78 per cent of households reported not a single regular wage or salary earner (compared to 75 per cent for Karnataka and 77 per cent for India).

Even in urban areas of Gujarat 64 per cent of households do not have a regular wage or salary earner (compared to 59  for Karnataka and 62.1 per cent for India). One response to this might be that Gujarat is known for its entrepreneurial culture and so an absence of salary earners is not a big concern. Unfortunately, 57 per cent of households still earn INR 10,000 or less per month either through self-employment or wage income. This is similar to Karnataka (59 per cent).

One indicator of development on which Gujarat does outperform both Karnataka and India as whole is the percentage of jobs that come with a written contract.

Even in terms of jobs that provide benefits like pension, healthcare etc., Gujarat is not very different from the national average and if anything a little below it (47 per cent as opposed to 50 per cent). Though on this score it vastly outperforms Karnataka (28 per cent). One indicator of development on which Gujarat does outperform both Karnataka and India as a whole is the percentage of jobs that come with a written contract, 30 per cent as opposed to 20 per cent.

In summary, Gujarat enjoys a status as a relatively well-off, industrial state and has been so for decades. But so are many other states, including Karnataka. And where it really matters, pulling workers out of low productivity occupations into higher productivity ones and raising their incomes substantially, Gujarat fails as do most other states.

Disclaimer: The author writes here in a personal capacity.