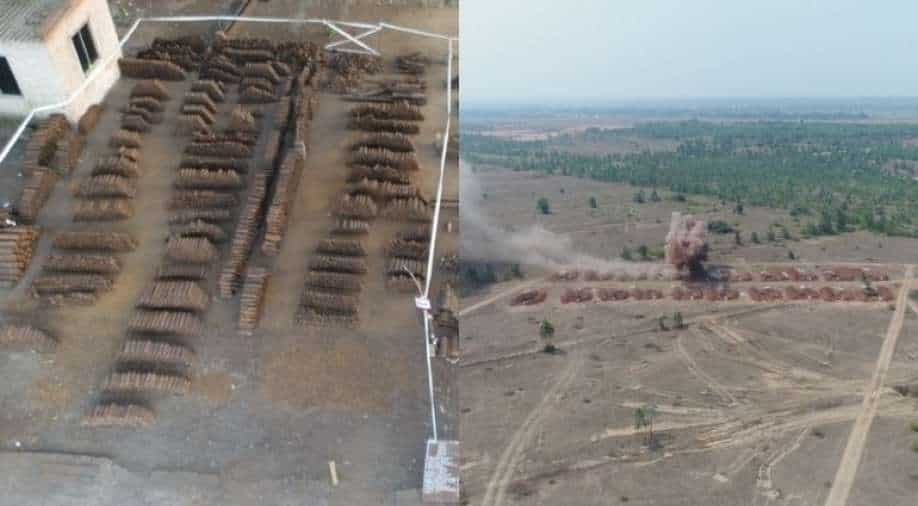 Unexploded shells being destroyed in controlled blasts. Photograph:( Others )

According to the Indian Army, the bomb disposal team conducted controlled explosions of live, unexploded ordnance, in Tiruvallur district, near Chennai.

Nearly 15 tonnes of live, unexploded ordnance alongwith iron and steel scrap, which were seized from SIPCOT Industrial Complex were destroyed in two phases.

The first phase was conducted in March this year to blast 10 tonnes of unexploded shells.

In the third week of September, the remaining five tonnes were destroyed in controlled explosions.

This process involved the dangerous task of retrieving, transporting and blasting these bombs in controlled blasts, while ensuring the safety of the local population.