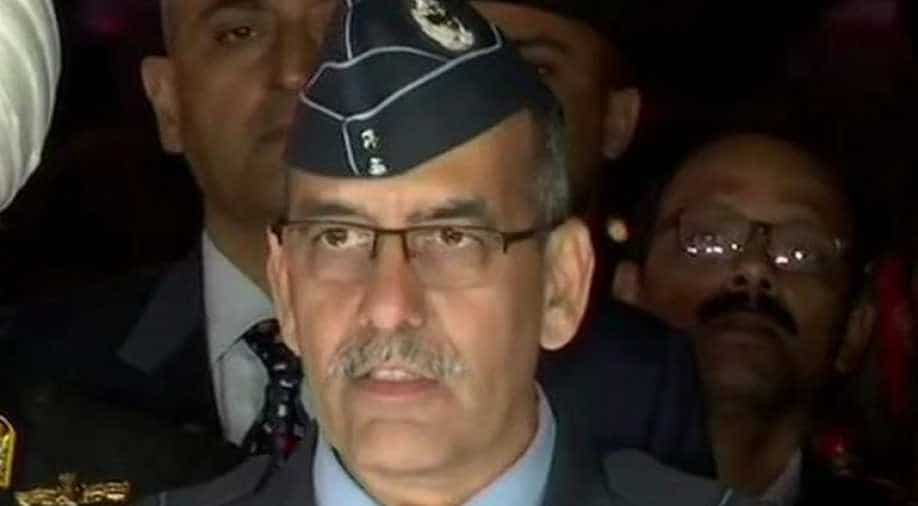 Air Vice Marshal RGK Kapoor during a Joint press briefing by the Army, Navy and the Air Force in New Delhi. Photograph:( ANI )

Indian Armed forces held a joint press conference in New Delhi today even as Cabinet Committee on Security(CCS) meeting was underway in the capital.

The press conference was held just hours after Pakistan prime minister Imran Khan announced in the National Assembly that his government would be releasing the Indian pilot tomorrow who was being held in captivity since Wednesday.

During the press conference Air Vice Marshal RGK Kapoor said: "IAF fighters were tasked to intercept the intruding Pakistani aircraft and managed to thwart them. Although PAF jets dropped bombs, they were not able to cause any damage."

"One Pakistani F-16 was shot down by an IAF MiG-21 Bison aircraft, he said, adding,"in east Rajouri, parts of F-16 have been recovered, inside the Indian territory."

"There is enough evidence to show that F-16s were used in this mission through their electronic signatures. Parts of AMRAAM, air-to-air missile which was carried only on the Pakistani F-16s was recovered east of Rajouri within the Indian territory," he added.

Pakistan lied that no F-16 was used but there was enough evidence, Kapoor added.

Addressing the gathering, Indian Army's Major General S S Mahal said escalation of tensions had been done by Pakistan but India was prepared for any contingency if the enemy provoked it.

Mechanised forces were put on standby and troops were ready to deal with any security challenge, he said.

Rear Admiral of the Indian Navy Dalbir Singh Gujral said the force was in a high state of readiness to deal with any Pakistan maritime misadventure.