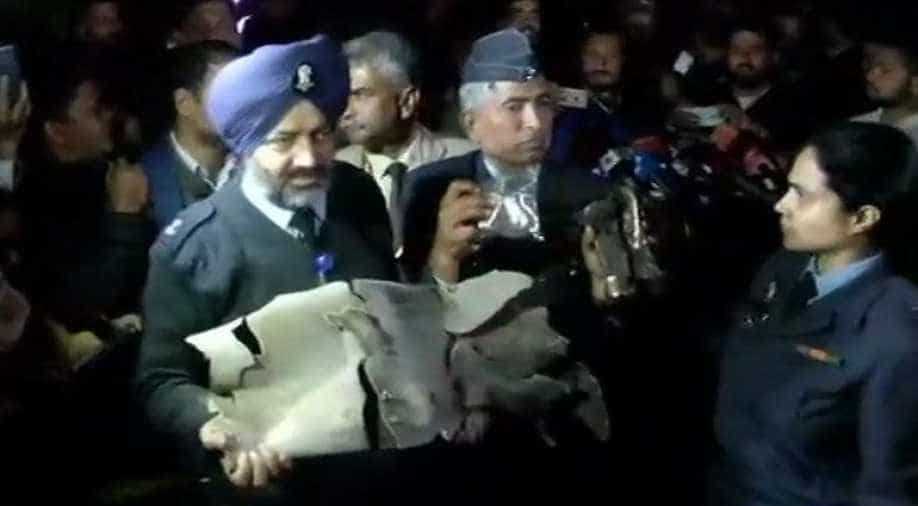 He also displayed an AMRAAM missile casing used by F-16 as material evidence of their involvement. Electronic signatures and photographs were also recorded as further proof of the US made aircraft’s involvement.

Parts of AMRAAM, an air to air missile which is carried only on the Pakistani F-16s, was recovered east of Rajouri within the Indian territory.

Visuals of cover of AARAM missile fired from Pakistani F-16 aircraft found near the LoC in India pic.twitter.com/qHdOm5cDqN

Here is all you need to know about AMRAAM:

Procured by 37 countries including the US, the combat-proven AMRAAM missile has been integrated onto the F-15, F-16, F/A-18, F-22, Typhoon, Gripen, Tornado and Harrier.

The AIM-120C5 and AIM-120C7 missiles are fully integrated onto the F-35 and support the US Marine Corp’s F-35B initial operational capability as the only air-to-air missile qualified on the F-35.

Designed with a 7-inch (180mm) diameter form-and-fit factor, and employing active transmit-receive radar guidance instead of semi-active receive-only radar guidance, it has the advantage of being a fire-and-forget weapon when compared to the previous generation Sparrow missiles.

The AMRAAM is the world's most popular beyond-visual-range missile, and more than 14,000 have been produced for the United States Air Force, the United States Navy, and 33 international customers. The AMRAAM has been used in several engagements and is credited with ten air-to-air kills.