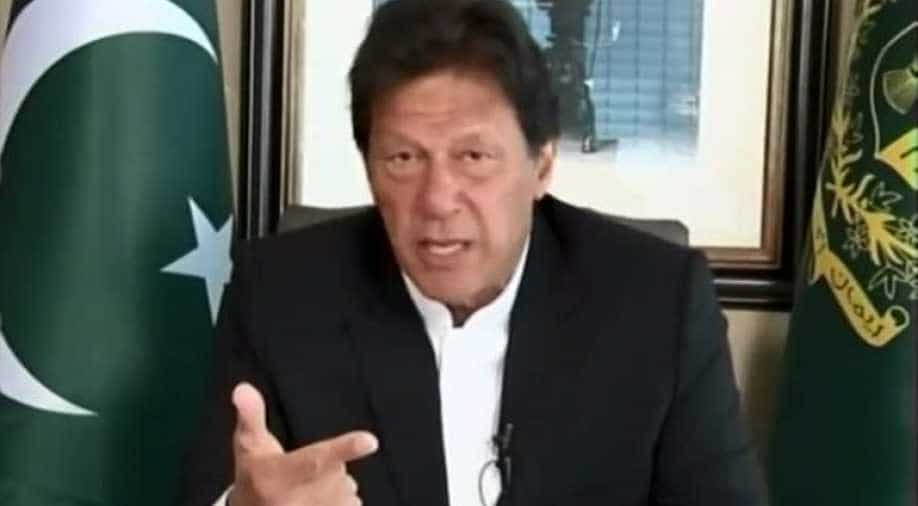 The development comes after a media report said foreign minister Shah Mehmood Qureshi was willing to consider returning the Indian pilot it it led to "de-escalation".

Prime Minister Imran Khan told the National Assembly today that the Pakistan government would be releasing the captured pilot tomorrow.

The development comes after a media report said foreign minister Shah Mehmood Qureshi was willing to consider returning the Indian pilot if it led to "de-escalation".

A government source had said earlier that India won't allow a "Kandahar-like" situation this time.  "If they think they will hold us hostage with our captured defence personnel, this won't happen," the sources added.

Meanwhile, Pakistan's Foreign Office (FO) said that the Indian Air Force (IAF) pilot was safe and sound. "The armed forces rescued him from the mob that went after him after his plane crashed in Kashmir," the FO said.

India on Wednesday had summoned the acting high commissioner of Pakistan Syed Haider Shah  and demanded immediate and safe return of the IAF pilot who was detained by Pakistan following an aerial engagement by Air forces of the two countries.

"It has also been made clear to Pakistan that no harm should be caused to the Indian defence personnel, the external affairs ministry said, adding that it had conveyed "strong objection" to the Pakistan deputy high commissioner at the "vulgar display" of an injured personnel in violation of all norms of international humanitarian law and the Geneva Convention.

As tensions between the two nations continued to rise, US President Donald Trump sought to cool nerves asserting that  "reasonably attractive" news was set to come from Pakistan and India.