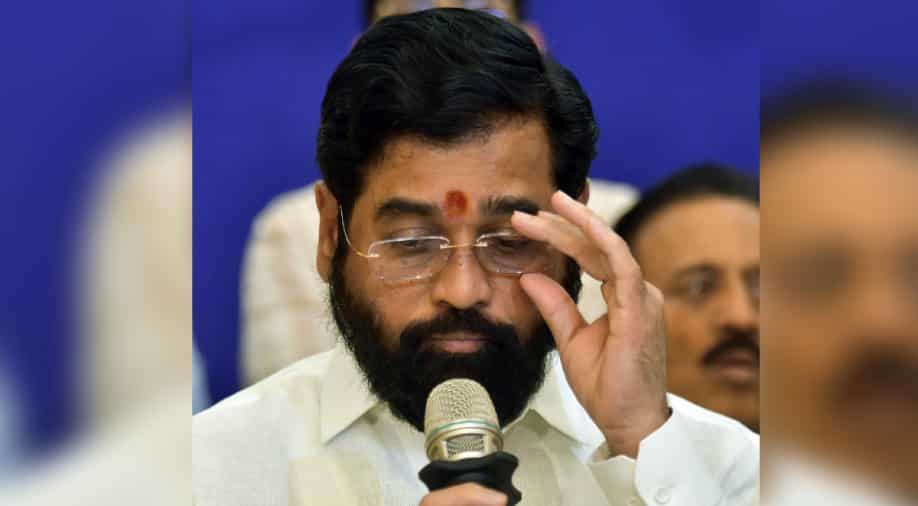 Eknath Shinde became the 20th Chief Minister of Maharashtra. From his personal life to his political career, here's everything you need to know about the man of the moment in Indian politics

Eknath Sambhaji Rao Shinde, the man who's currently at the centre of Indian politics, used to drive an autorickshaw to support his family. Eknath Shinde, the epicentre of the Maharashtra political crisis, has taken oath as the chief minister of India's western state of Maharashtra, the country's richest and second-most populous state, and home to India's financial capital Mumbai.

Shinde, a senior Shiv Sena leader, led a rebellion along with several other MLAs of the Maha Vikas Aghadi (MVA) throwing the coalition into a crisis.

The move ultimately forced Sena chief Uddhav Thackeray to resign from the top post. He resigned from the MLC post also. However, it doesn't appear to be the end as he said that he isn't "going away forever..."

He said, "I will be here, and I will once again sit in Shiv Sena Bhawan. I will gather all my people." What will happen next, only time will tell. But as of now, Shinde has become the new chief minister of Maharashtra.

Born on born February 9, 1964, Shinde moved from western Maharashtra's Satara district to Thane to complete his education. But he dropped out of college before completing graduation.

He started his political career in Thane, a Sena bastion. Shinde was elected to Thane Municipal Corporation as a corporator for the first time in 1997 — the start of everything.

Shinde held the urban development and PWD portfolios in the previous MVA government led by Uddhav. The four-time MLA joined the Sena in Thane.

He was introduced to politics in the early 1980s by Anand Dighe, the then Thane Shiv Sena President. Shinde became the successor to Dighe's legacy after his death in 2001.

Shinde was elected as a Member of Legislative Assembly (MLA) in 2004 for four consecutive terms.

Before rising as a formidable Shiv Sena leader, Shinde once drove auto-rickshaw to earn a living.

Shinde's son Dr Shrikant Shinde is an orthopaedic surgeon and the Lok Sabha MP from Kalyan in the district.

Eknath Shinde went into depression for several months after his sons Dipesh (aged 11) and Shubhada (aged 7) died in a boat accident.

On 2 June 2000, Dipesh and Shubhada went boating in a lake and the boat overturned. Both the children died by drowning in a tragic accident that took place near their native village in Maharashtra.

Modi said, "I would like to congratulate Shri Eknath Shinde on taking oath as Maharashtra CM. A grassroots level leader, he brings with him rich political, legislative and administrative experience. I am confident that he will work towards taking Maharashtra to greater heights."

He added, "Congratulations to Devendra Fadnavis on taking oath as Maharashtra Deputy CM. He is an inspiration for every BJP Karyakarta. His experience and expertise will be an asset for the Government. I am certain he will further strengthen Maharashtra's growth trajectory."