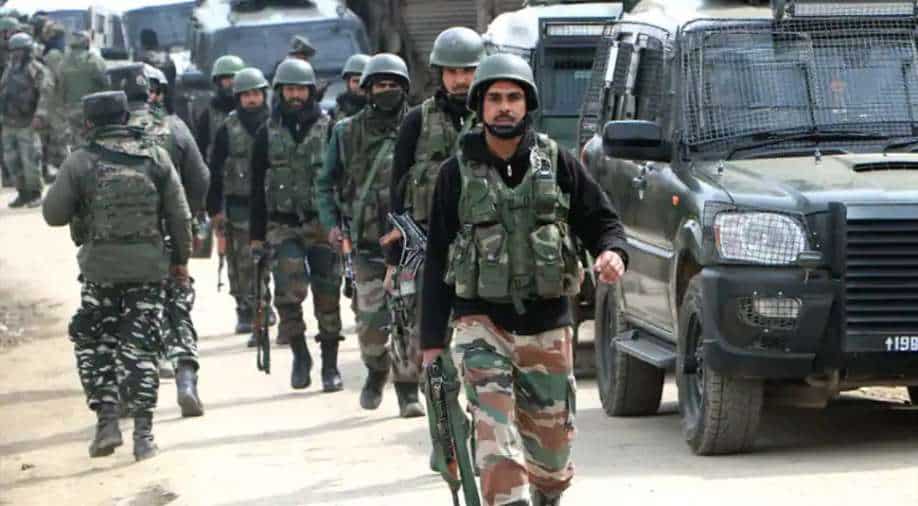 The combing operation turned into an encounter after the hiding terrorists fired at the security forces, who then retaliated at the gun-wielding ultras

Three terrorists from the Hizbul Mujahideen outfit were gunned following an encounter with security forces near the route of the annual Amarnath Yatra in Anantnag district of Jammu and Kashmir on Friday.

The police were able to zero in on the terrorists after receiving a tip-off about their presence in the Srichand Top forest area in Pahalgam, police said.

The combing operation turned into an encounter after the hiding terrorists fired at the security forces, who then retaliated at the gun-wielding ultras.

Notably, the encounter comes a day after India’s Border Security Force (BSF) detected a 150 metres long tunnel near Samba district along the International Border. They said the tunnel originates in Pakistan.

The security forces claimed to have averted an attack on the Amarnath Yatra, saying that the tunnel was used by terrorists to sneak into the Indian terrorist

Inspector General of Police (IGP), Kashmir, Vijay Kumar identified one of the slain terrorists as Ashraf Molvi — one of the oldest surviving terrorists of the outfit.

“Ashraf Molvi (one of oldest surviving #terrorist of HM #terror outfit) along with two other terrorists killed,” he said on Twitter.

Kumar said the operation on the Amarnath Yatra route was a major success for the security forces.

Pahalgam, one of the famous tourist resorts in southern Kashmir, serves as one of the base camps for the pilgrims of Amarnath Yatra, which is scheduled to start on June 30 after a gap of two years.