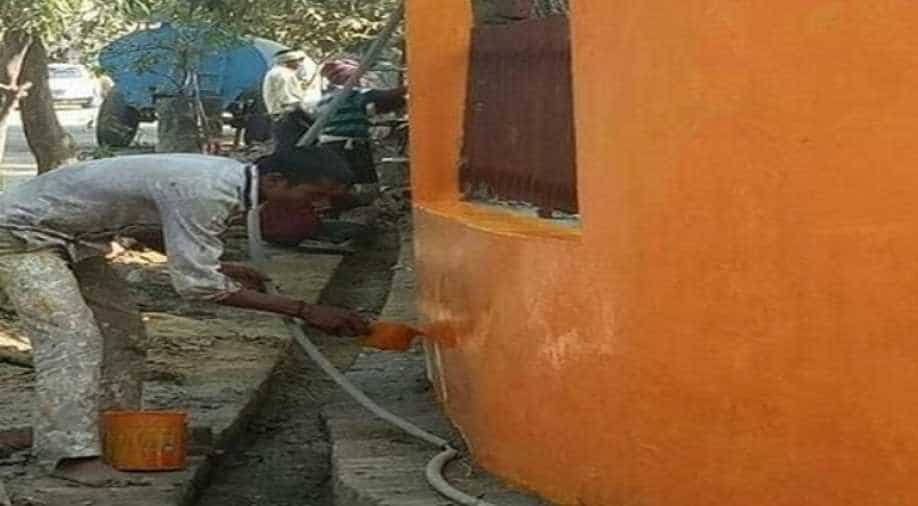 From Chief Minister Yogi Adityanath's office to various other spots, the colour has become a defining feature of the state

As a part of the Uttar Pradesh government's saffronisation drive, several parks and dividers in Lucknow's Gomti Nagar were on Saturday painted saffron by the Municipal Corporation.

From Chief Minister Yogi Adityanath's office to various other spots, the colour has become a defining feature of the state.

The state has been draped in saffron hue ever since the Yogi Adityanath-led BJP government came into the power.

Last year, the chief minister flagged off a fleet of 50 buses that were painted saffron. The education department had distributed saffron school bags in government primary schools, to replace the ones that featured former CM Akhilesh Yadav’s photograph.

Booklets that were distributed to mark 100 days and six months of the Adityanath government were saffron in colour as well. The information diary of the state government, which contains details of various officials, is also saffron.

Earlier this month, a nearly 80-year-old police station in Lucknow was painted saffron.

Last month, the boundary wall of Haj Committee's office in Lucknow was painted in saffron colour. The wall was later repainted by the Haj committee, prompting the Uttar Pradesh government to demand a clarification from the UP Haj Committee.

After an uproar by the Opposition and Muslim bodies, the boundary wall was later given a cream coat.