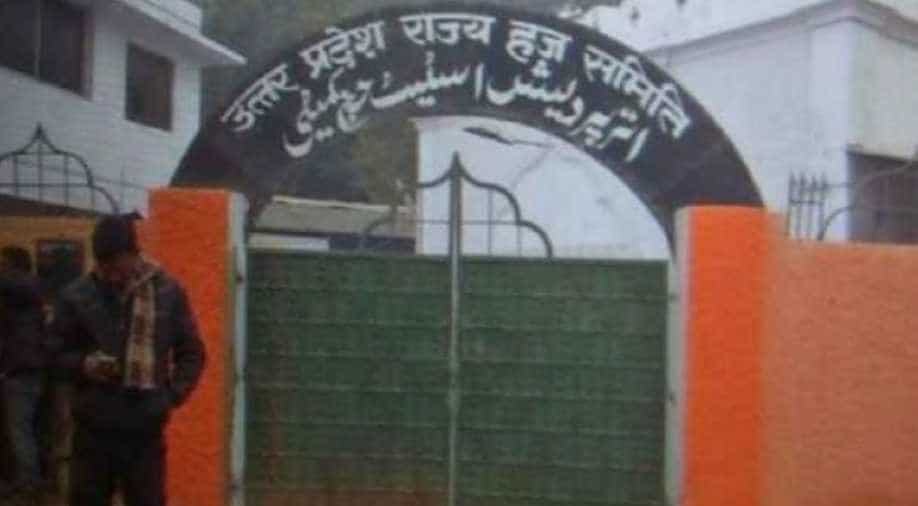 A seven-point notice was issued to the secretary of Haj Committee Photograph:( ANI )

The Uttar Pradesh government has demanded a clarification from the UP Haj Committee over the re-painting of its office boundary wall.

The office wall was painted saffron and was repainted by the Haj Committee.

Uttar Pradesh minister of state for Muslim Waqf and Haj, Mohsin Raza, asked his department's principal secretary to get a clarification from UP Haj Committee's secretary.

A seven-point notice issued to the secretary of Haj Committee demanded a clarification on the same. The notice also sought an explanation on "whose orders was the boundary wall painted for the first time".

"When a saffron coat was already given, then under which circumstances there was a need to change the colour, and on whose orders was the colour changed?" Mohsin asked in the notice.

According to fresh reports, RP Singh, Secretary, Uttar Pradesh Haj Committee, has been removed from his position.