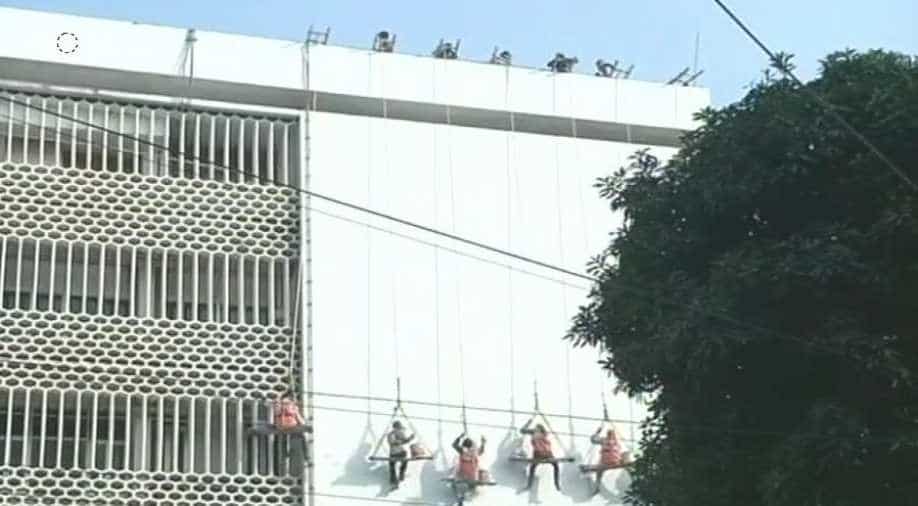 Lal Bahadur Shashtri Bhawan, which houses the chief minister’s office, is getting the saffron hue.

The CM's office in Lucknow, seen only in white or off-white for decades, is getting a white-and-saffron colour scheme for the first time, news reports said quoting officials. The building is also getting repaired besides getting the bright new layer.

The Chief Minister's office is on the fifth floor of the building, popularly known as Pancham Tal.

The CM recently flagged off a fleet of 50 buses that were painted saffron. The stage for the inauguration was decorated with saffron-coloured curtains and the buses saffron-coloured balloons.

The education department had distributed saffron school bags in government primary schools, to replace the ones that featured former CM Akhilesh Yadav’s photograph.

Booklets that were distributed to mark 100 days and six months of the Adityanath government were saffron in colour as well. The information diary of the state government, which contains details of various officials, is also saffron.