Nirbhaya case timeline: How events unfolded over the years 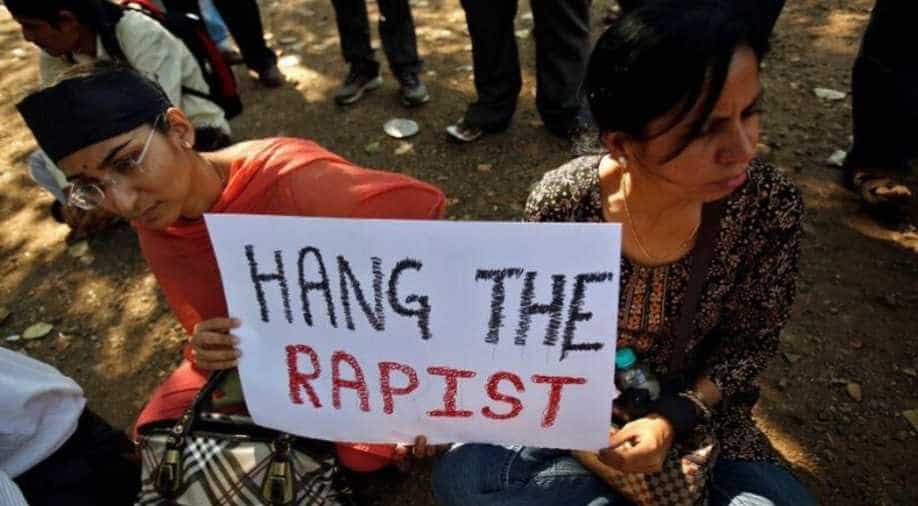 At exactly 5.30 am on Friday the four men -- Mukesh Singh, Akshay Thakur, Pawan Gupta and Vinay Sharma -- will be hanged simultaneously inside jail number 3.

Delhi's Patiala House Court on Thursday rejected all petitions of the convicts in Nirbhaya gangrape case who sought a stay on their execution scheduled for March 20.

At exactly 5.30 am on Friday the four men - Mukesh Singh, Akshay Thakur, Pawan Gupta and Vinay Sharma - were hanged simultaneously inside Tihar jail.

A 23-year-old woman, who came to be known as 'Nirbhaya' (fearless), was gang-raped and brutally assaulted in a moving bus in south Delhi.

She succumbed to injuries days later, on December 29, at Singapore hospital where she was transferred from Delhi's Safdarjung hospital.

A total of six people -- Mukesh Singh, Vinay Sharma, Akshay Kumar Singh, Pawan Gupta, Ram Singh and a juvenile -- were convicted in the gang rape and murder of the paramedic student.

A day after on December 18, all four were arrested.

Delinquent juvenile nabbed from Anand Vihar bus terminal in Delhi. Victim's friend identifies Mukesh as one of the culprits. Police conduct raids in Haryana and Bihar to nab the sixth accused, Akshay Thakur.

Thakur was later arrested in Aurangabad district of Bihar and brought to Delhi.

Clashes broke out between protesters and police as it responds with fired tear gas and water cannons to disperse the crowd.

By the end of the day, 72 protesters were injured including several policemen of whom two sustained serious head injuries.

Victim succumbs to injuries and other medical conditions in a Singapore hospital. Police add murder charge in the FIR.

She was flown to Singapore's Mount Elizabeth Hospital by the government after her condition continued to deteriorate in a Delhi hospital.

One of the accused, Ram Singh commits suicide in Tihar Jail by hanging himself.

Authorities in Tihar said Singh hanged himself early in the morning after he made a noose from the mat he slept on and hanged himself from a grille in the ceiling.

Inquiry (trial) in JJB against the juvenile in concludes. JJB reserved verdict for July 11.

JJB holds minor also guilty of illegally confining and robbing a carpenter on December 16, the night before allegedly taking part in the gang rape.

JJB convicts the minor for gang rape and murder and awards three-year term at a probation home.

Court convicts Mukesh, Vinay, Akshay, Pawan of 13 offences including gang rape, unnatural offence and murder of the girl and attempts to murder her male friend.

High Court begins hearing the convicts' death sentence reference sent to it by the trial court.

Supreme Court directs police to produce the dying declaration of the victim.

Supreme Court says it would hear afresh the aspect of awarding death penalty to the convicts.

Supreme Court upholds death penalty to four convicts, says the case falls under the category of 'rarest of rare' and the offence created "tsunami of shock".

Mukesh, one of the four death row convicts in the case, moves SC seeking review of its verdict upholding the capital punishment awarded to him.

Delhi HC dismisses plea of Pawan Kumar Gupta claiming he was a juvenile at the time of the offence.

Delhi court orders 4 convicts to be hanged on January 22 at 7 am in Tihar jail.

Trial court issues fresh death warrants with execution date as of February 1, 6 am.

Mukesh moves Supreme Court against the rejection of mercy plea.

High Court dismisses Centre plea against trial court order; says all 4 convicts have to be hanged together. It directs the convicts to pursue all legal remedies within a week, failing which the authorities ordered to take action in accordance with the law.

Delhi High Court issued a death warrant for March 3 after the president Ram Nath Kovind rejected the mercy petition of the accused.

The execution date deferred because of the pending curative and mercy petitions accused Pawan before the President.

Patiala house court issued a fresh death warrant for all four accused in Nirbhaya case for March 20 after President Ram Nath Kovind rejected the mercy petition of the four accused.