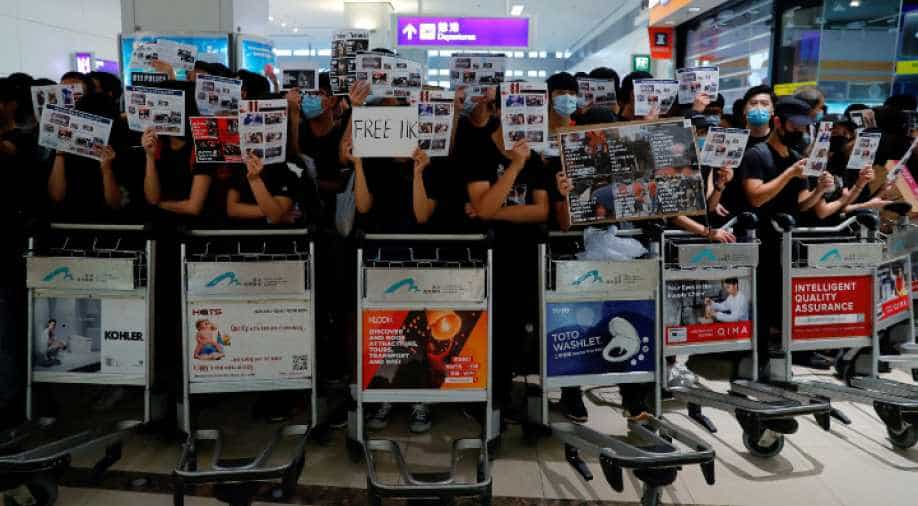 China 'will not sit by' if Hong Kong crisis worsens, says Chinese envoy to UK

China will not "sit by and watch" and is ready to "quell the unrest swiftly" if the crisis in Hong Kong becomes "uncontrollable", China's ambassador to London said on Thursday.

Terrorism is war against humanity, India's policy on it is clear: PM Modi

Prime Minister Narendra Modi on Thursday addressed the nation on the occasion of country's 73rd Independence Day. Without naming Pakistan directly, the prime minister slammed the countries who are supporting terror.

A deal between the Taliban and the United States for US forces to withdraw from their longest-ever war in Afghanistan could drive some diehard Taliban fighters into the arms of the Islamic State militant group, Afghan officials and militants say.

China has asked for an informal, closed-door consultation to discuss Pakistan's letter on Kashmir. The consultation has been called for this Friday at the United Nations Security Council in New York, United States.

At least 14 people have been killed in ongoing fighting Thursday between Myanmar's military and rebels who mounted a series of attacks, including an unprecedented strike on an army academy, apparently in retaliation for massive drug seizures.