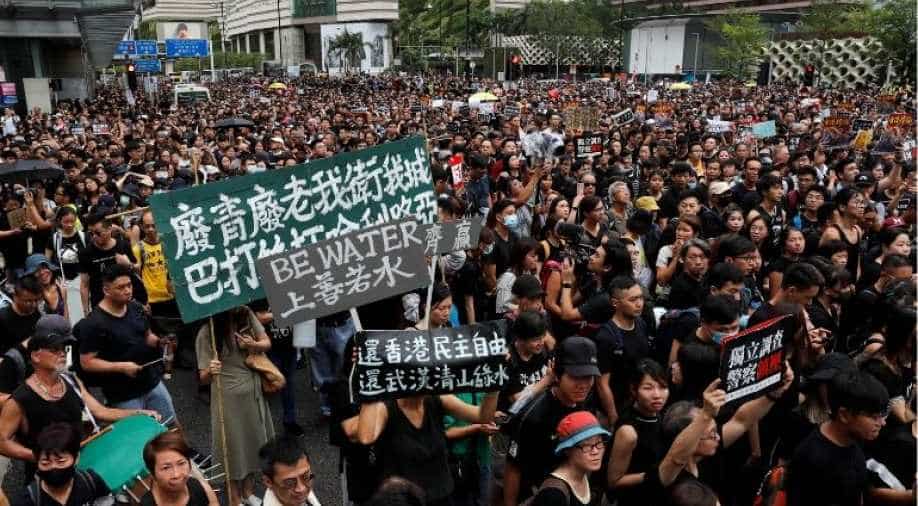 Hong Kong's pro-Beijing leader Carrie Lam announced on Tuesday that proposal to allow extraditions to the Chinese mainland "is dead" -- but she again stopped short of protester demands to immediately withdraw the bill.

US approves possible $2.2 billion arms sale to Taiwan amid tension with China

The US State Department has approved the possible sale to Taiwan of M1A2T Abrams tanks, Stinger missiles and related equipment at an estimated value of $2.2 billion, the Pentagon said on Monday, despite Chinese criticism of the deal.

Kevin Spacey sexual assault case may get dropped, accuser could be forced to testify about missing phone

There's been an unexpected twist to Kevin Spacey's sexual assault case. The man who accused the American actor of groping him at a bar in 2016 may now be forced to testify about his allegedly missing cell phone and the assault case against Spacey might just get dismissed due to the missing phone.
The former `House of Cards` star`s defense attorneys claimed that they require the phone in order to recover text messages that they allege the accuser deleted that would bolster Spacey`s case.

UK offers 'full support' to US ambassador, Trump lashes out at Theresa May after leak of damning cables

British Prime Minister Theresa May's government on Monday reiterated its "full support" for its ambassador to Washington after US President Donald Trump said he would no longer deal with him.

US prosecutors argued on Monday that an Illinois man who raped and murdered a Chinese graduate student two years ago should be executed, and called on her heartbroken fiance and friends to tell the jury about the victim's kind, optimistic nature.