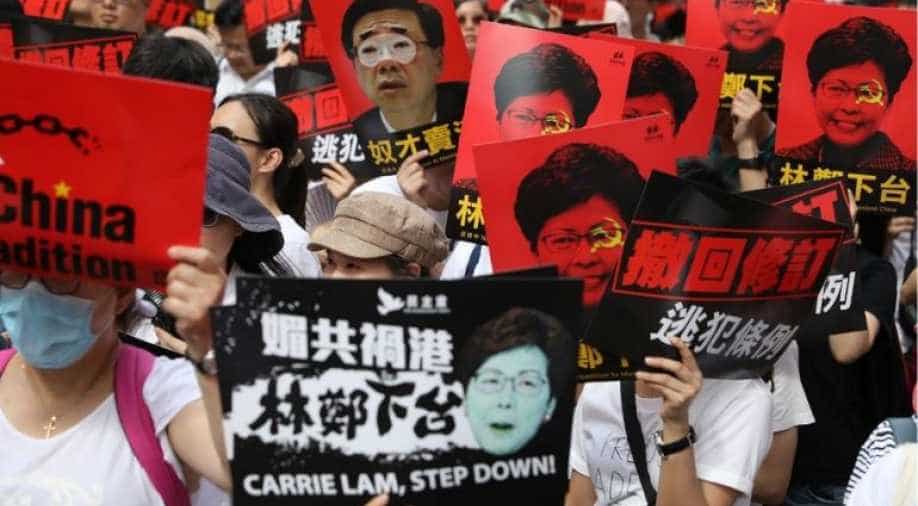 The move comes after fresh protests on Sunday night led to the arrest of five people on Monday afternoon.

Hong Kong's pro-Beijing leader Carrie Lam announced on Tuesday that proposal to allow extraditions to the Chinese mainland "is dead" -- but she again stopped short of protester demands to immediately withdraw the bill.

"There are still lingering doubts about the government's sincerity or worries (about) whether the government will restart the process with the Legislative Council. So I reiterate here, there is no such plan. The bill is dead," Hong Kong's chief executive said.

The move comes after fresh protests on Sunday night led to the arrest of five people on Monday afternoon.

The city has been plunged into its worst crisis in recent history following a month of huge marches as well as separate violent confrontations with police involving a minority of hardcore protesters.

Sunday night saw fresh political violence break out in the district of Mongkok as police baton-charged small groups of masked, largely young protesters who were walking along roads and refused to disperse following another massive, peaceful rally earlier in the day.

In a statement issued early Monday morning, police said the group were taking part in an "unlawful assembly" and had been warned that officers would take action.

Protesters demanded the extradition bill be scrapped entirely, an independent inquiry into police use of tear gas and rubber bullets, amnesty for those arrested, and for the city's unelected leader Carrie Lam to step down.

They have also demanded authorities stop characterising protesters as "rioters", a definition that carries much steeper jail terms.