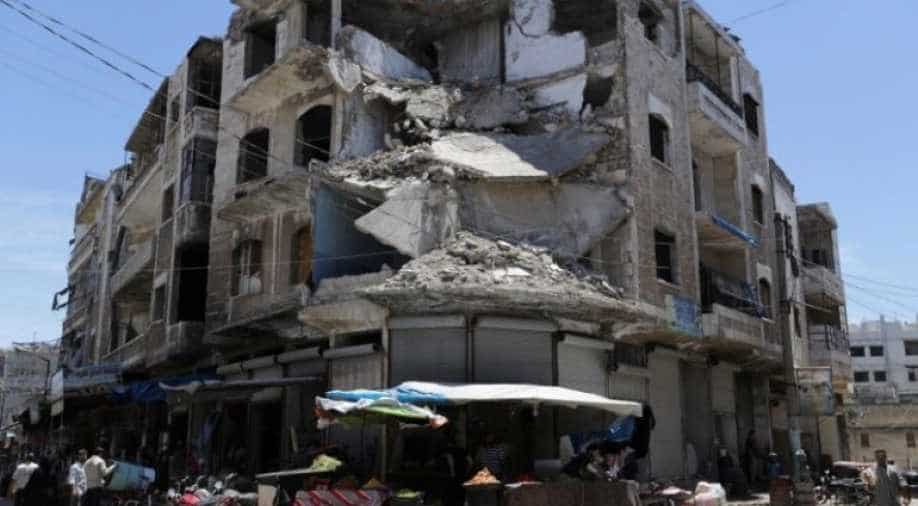 People walk past a damaged building in the city of Idlib, Syria . Photograph:( Reuters )

Canada announced Sunday it was temporarily shutting its embassy in Venezuela, blaming President Nicolas Maduro for refusing to accredit diplomats critical of his regime.

Boeing announced on Sunday that some of its medium-haul 737s, including the 737 MAX 8, could have a defective wing part, but that there had been no reports of flight issues linked to the defect.

US President Donald Trump on Sunday told Syria and Russia to stop "bombing the hell" out of Syria's last jihadist stronghold Idlib.