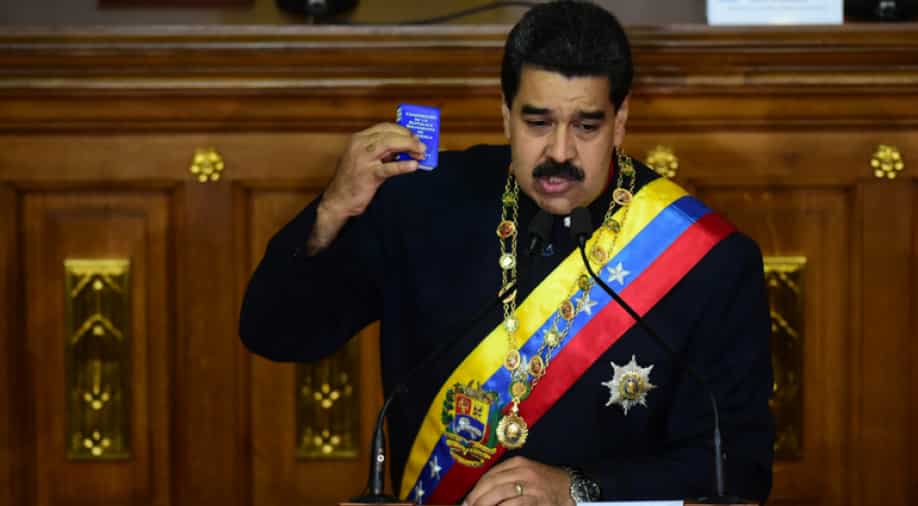 Foreign minister Chrystia Freeland said Canada is "evaluating the status of Venezuelan diplomats appointed by the Maduro regime to Canada."

Canada announced Sunday it was temporarily shutting its embassy in Venezuela, blaming President Nicolas Maduro for refusing to accredit diplomats critical of his regime.

At the same time, Ottawa is reviewing the status of Maduro envoys to Canada.

Foreign minister Chrystia Freeland said in a statement that "the regime has taken steps to limit the ability of foreign embassies to function in Venezuela, particularly those advocating for the restoration of democracy" there.

In January, Canada, along with the United States and major Latin American powers, was among the first to recognise Venezuelan opposition leader Juan Guaido's claim to be acting president, beginning a months-long power struggle between him and Maduro.

Soon, Canadian diplomats in Venezuela "will no longer be in a position to obtain diplomatic accreditation under the Maduro regime, and their visas will expire," Freeland said.

"Therefore, we are left with no choice but to temporarily suspend our operations at the embassy of Canada to Venezuela, effective immediately."

More than 50 countries now recognise Guaido rather than leftist firebrand Maduro, who has presided over a crumbling economy and was re-elected in a ballot widely regarded as a sham.

Freeland also said Canada is "evaluating the status of Venezuelan diplomats appointed by the Maduro regime to Canada."