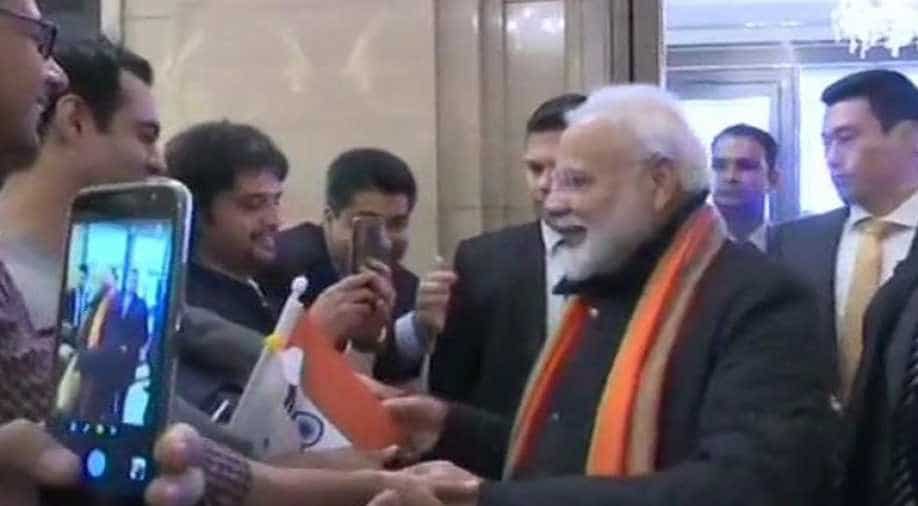 Modi meets members of the Indian community at the Lotte Hotel in Seoul. Photograph:( ANI )

Amid growing tensions with India over the Pulwama attack, Prime Minister Imran Khan chaired a key meeting of the National Security Council (NSC) to discuss the security situation.

No reason to ratchet up confrontation to level of Cuban missile crisis, we can put submarines in neutral waters, warns Putin

President Vladimir Putin has said that Russia is militarily ready for a Cuban Missile-style crisis if the United States is foolish enough to want one and that his country currently has the edge when it comes to a first nuclear strike.

A fast-moving fire swept through adjoining apartment buildings and chemical warehouses in a historic part of the Bangladesh capital Dhaka, killing at least 81 people and injuring several others, the latest such deadly blaze in the country.

India stand to lose by boycotting Pakistan in the upcoming World Cup, feels former captain Sunil Gavaskar, who said the country can continue to "hurt them" by shunning bilateral ties.

China remains determined to maintain strategic ties with Iran regardless of regional tensions in the Middle East, its president has said, ahead of Saudi Arabia crown prince's two-day China trip that began Thursday.