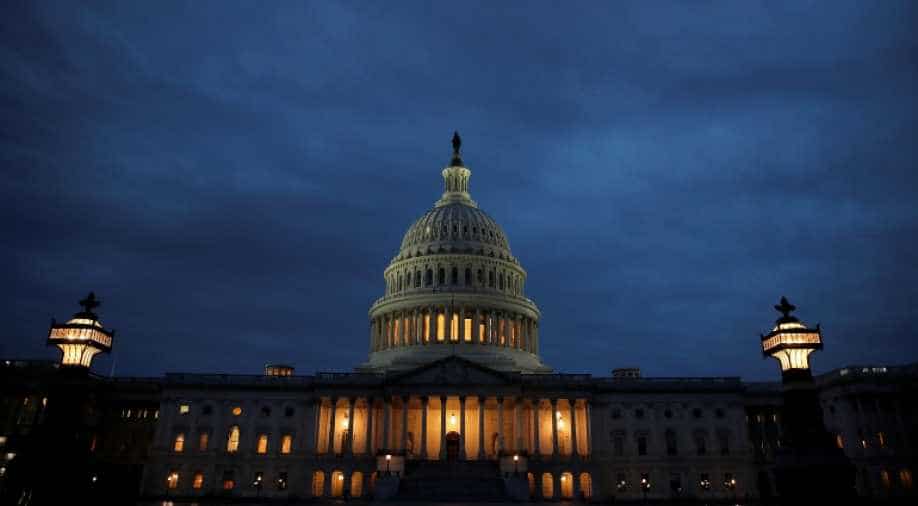 Capitol Hill is seen as a partial US government shutdown continues in Washington, US. Photograph:( Reuters )

Trump seeks to end government shutdown, calls for meeting with US Congress

President Donald Trump on Tuesday invited Republican and Democratic leaders from Congress for a meeting to seek an end to the federal government shutdown now in its second week.

Russia faced the possibility of renewed sporting sanctions on Tuesday when the World Anti-Doping Agency (WADA) confirmed the country had missed a December 31 deadline to hand over data from its anti-doping laboratory in Moscow.

The ruling Trinamool Congress in West Bengal turned 21 on Tuesday and used the occasion to project party chief and Chief Minister Mamata Banerjee as a possible prime ministerial candidate of any grand opposition alliance for the upcoming Lok Sabha polls.

Words of 'outgoing' prime minister will have no effect: AAP on PM Modi interview

Former Cuban president and leader of the island's Communist Party Raul Castro on Tuesday urged the nation to strengthen its defenses and prepare "for the worst scenarios" vis-a-vis the US, the government of which he accused of having resumed the policy of "confrontation."