Trump seeks to end government shutdown, calls for meeting with US Congress 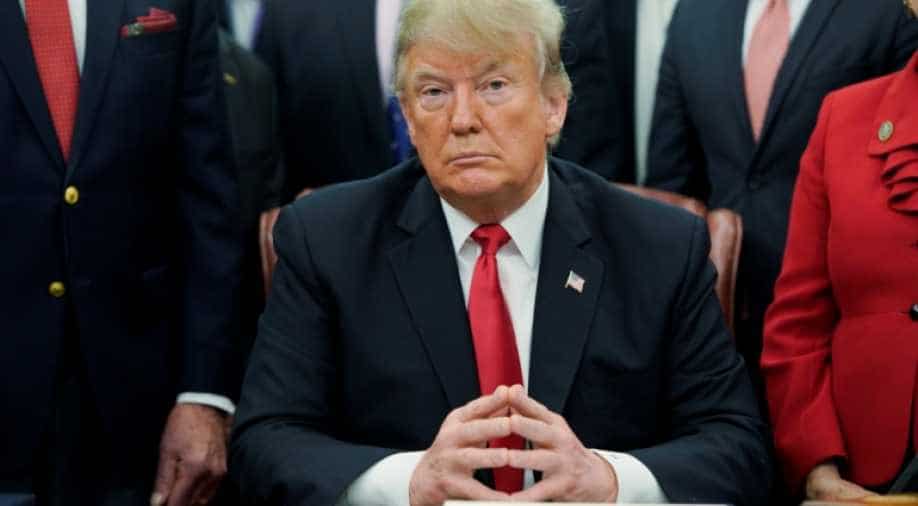 US media reported the lawmakers were invited to a session at the White House, though it was unclear who would attend, and whether any Democrats would be present.

President Donald Trump on Tuesday invited Republican and Democratic leaders from Congress for a meeting to seek an end to the federal government shutdown now in its second week.

The two sides have appeared at an impasse, with Trump's Democratic foes seeking a vote on spending bills to keep the government open -- without addressing the hot-button issue of border wall funding -- as soon as they take control of the House of Representatives, on Thursday.

But the legislation's future appears uncertain, as it does not contain funding for a wall along the US-Mexico border, as demanded by Trump.

But Trump appeared to strike a more conciliatory tone seeking to bring Democrats to the table after acerbic remarks over the weekend.

"Border Security and the Wall 'thing' and Shutdown is not where Nancy Pelosi wanted to start her tenure as Speaker! Let's make a deal?" he tweeted.

Pelosi is set to become House speaker on Thursday.

At the same time, Trump characterized their opposition to the wall as embracing "Open Borders and all of the crime and drugs that Open Borders bring!"

US media reported the lawmakers were invited to a session at the White House, though it was unclear who would attend, and whether any Democrats would be present.

Democrats say the wall idea -- one of the president's key election campaign platforms -- is a distraction from more complicated immigration problems and a tool for Trump to whip up support among his conservative base.

They are proposing to pass most administrative budgets lasting through September 30, while only financing until February 8 the thornier budget of the Department of Homeland Security, which oversees border security.

Trump expressed outrage at the idea.

"The Democrats, much as I suspected, have allocated no money for a new Wall. So imaginative! The problem is, without a Wall there can be no real Border Security - and our Country must finally have a Strong and Secure Southern Border!" he wrote on Twitter.