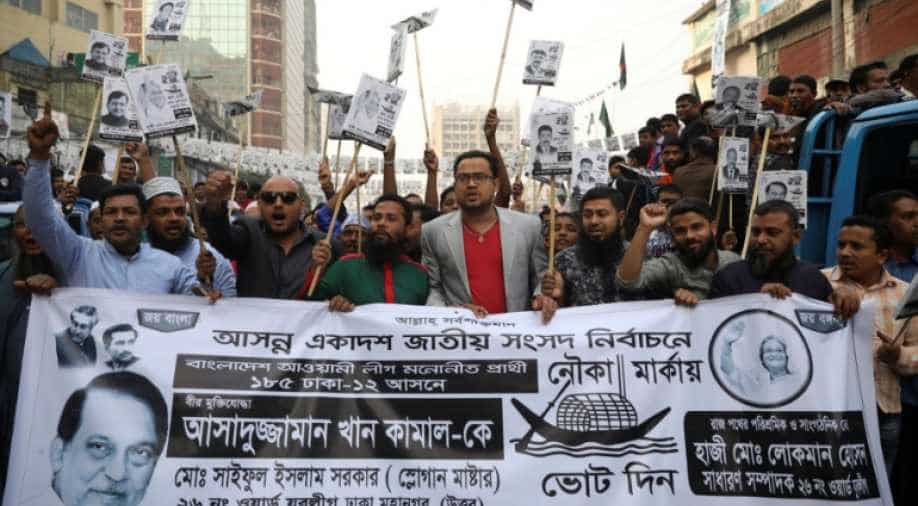 Bangladesh is set to vote on December 30 to decide whether to give a third successive term to Prime Minister Sheikh Hasina. Photograph:( Reuters )

In a big development just before the election season kicks in India in 2019, Christian Michel the man who was the key middleman in the Rs 3600 crore  AgustaWestland VVIP chopper scam has taken the name of Mrs Gandhi during interrogation by enforcement directorate (ED), though the reference wasn't clear.

A group of Indian Navy divers arrived from Vishakhapatnam Saturday to join operations underway to rescue 15 miners trapped in a flooded rat-hole coal mine in Meghalaya since December 13, a senior official said.

Egyptian police killed 40 "terrorists" in separate raids early Saturday, a day after a roadside bomb near the Giza pyramids killed three Vietnamese tourists and their guide, the interior ministry said.

India vs Australia: One of the best Indian bowling attacks that I have ever seen, says Nathan Lyon

Australia were at 258 for eight at stumps on the fourth day of the third Test against India in Melbourne. India set a target of 399 after the visitors declared their second innings at 106 for eight.

Bangladesh polls: Around 600,000 security personnel deployed ahead of Sunday elections