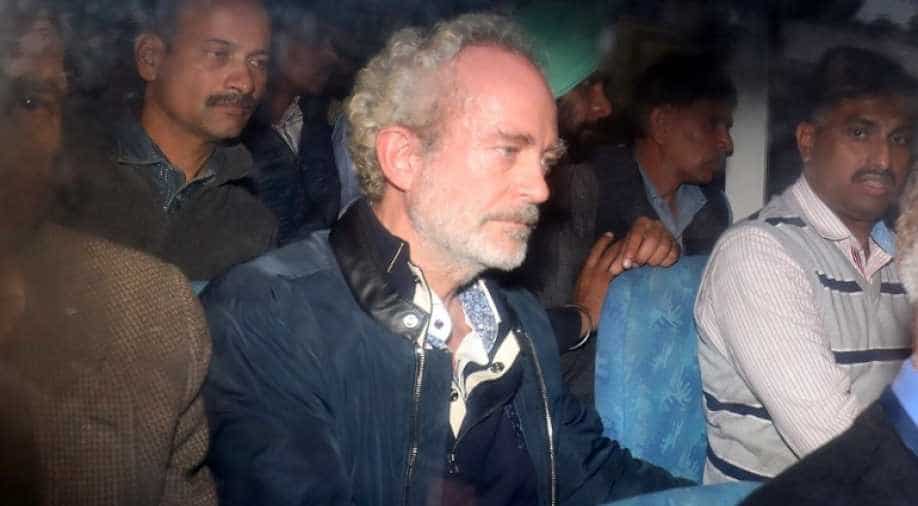 The ED lawyer told the court that Michel said he was in touch with one Mrs Gandhi and "the son of the Italian lady" and how he is going to become "the next prime minister of the country".

In a big development just before the election season kicks in India in 2019, Christian Michel the man who was the key middleman in the Rs 3600 crore  AgustaWestland VVIP chopper scam has taken the name of Mrs Gandhi during interrogation by enforcement directorate (ED), though the reference wasn't clear.

The ED counsel had shared the information at Delhi's Patiala court during the plea to extend his custody. He has spoken about the "son of the Italian lady"  and how he is going to become the “next prime minister of the country.

Other than that he said, "Big man R" which ED still has to decipher and will be confronting him on that.

The ED highlighted how Hindustan Aeronautics Limited (HAL) was removed from the deal and it was offered to Tata.

ED also sought to ban Michel's lawyer's access to him alleging he is being tutored from outside after they found that he was giving chits to them.

Reacting to it, Michel’s lawyer Aljo K Joseph said, "We don’t dispute that he (Christian Michel) had handed us the papers, but it’s the fault of the ED that they allowed it to happen."

ED has got 7-day custody of Michel.

The revelations by Michel is considered as a big political bombshell with Congress facing the heat. Congress's RPN Singh said, "there is pressure on Michel to name a particular family".

RPN Singh Congress on ED says Christian Michel has taken the name of "Mrs Gandhi": There is pressure on Michel to name a particular family, why is the chowkidaar trying to pressurize the govt agencies to name a family? BJP script writers are working over time. #Agustawestland pic.twitter.com/qCxYeObJYN

Hours after the Enforcement Directorate (ED) disclosed that Christian Michel took the name of “Mrs Gandhi” during interrogation, Union Minister Prakash Javadekar alleged that the Congress regime was a government of corruption that compromised with national security.

Union Min Prakash Javadekar on ED says Christian Michel spoke about 'son of Italian lady': Revelations by ED show that there is ‘son of Italian lady’,‘big man’&‘R’ involved. It points towards a family. Congress govt was a govt of corruption that compromised with national security pic.twitter.com/LqGRuSGoDv

Christian Michel, a British national, was extradited from UAE early this month. UK has been seeking consular access which CBI has in principle approved but still not given the day.

Reacting to extradition of Michel, PM Modi speaking at a rally had said, "Under the regime of United Progressive Alliance (UPA), a VVIP chopper scam took place. After we came to power, an investigation was conducted into it and one person from Dubai was found (allegedly) guilty for his involvement in the case. Now this 'raazdaar' (custodian of secrets) will reveal all the secrets".

Clearly, it might be cold in Delhi, but political temperatures are rising.