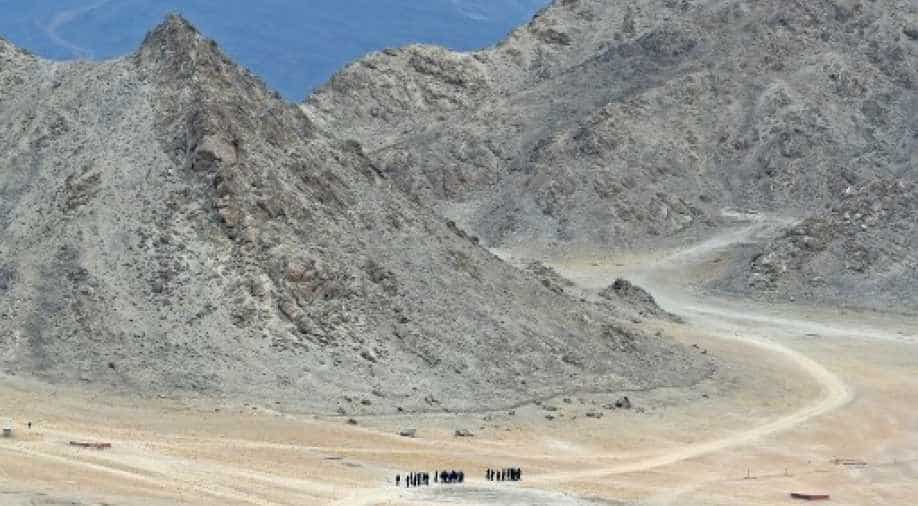 Amid the disengagement talks between India and China, the Chinese ambassador to India Sun Weidong said today that both countries need peace rather than confrontation.

"China and India should be partners, rather than rivals," the envoy asserted.

"Development and revitalization is the top priority for China's long term strategic interest," he added. "We are neither a war-like state nor an assertive country," he said, adding, "two countries pose no threat to each other."

Indian and Chinese officials are currently conducting a virtual meeting under the Working Mechanism for Consultation and Coordination(WMCC) on India-China border affairs amid disengagement of troops by both sides along the Line of Actual Control(LAC).

"The boundary question left over by history is sensitive and complicated. We need to find a fair and reasonable solution mutually acceptable through equal consultation and peaceful negotiation," the Chinese envoy added.

Meanwhile, the Chinese Army today completed its withdrawal of troops from two more face-off sites in Gogra and Hot Springs in eastern Ladakh. Reports say that both countries have completed creating a buffer zone in Galwan Valley, Gogra and Hot Springs which was the scene of the clash between Chinese and Indian troops on June 15.

The latest disengagement moves come after talks between India's National security Advisor(NSA) Ajit Doval and China's foreign minister Wang Yi who had a two-hour long meeting amid tensions at the border.

On Thursday, India and Chinese troops had completed their disengagement with Chinese troops pulling back by approximately 2 kms from the Line of Control(LAC). Both sides also pulled back from Patrolling Point 15 in eastern Ladakh.

Indian officials had earlier said that China was amassing troops at the border since May. Chinese foreign ministry spokesman Zhao Lijian while backing the disengagement moves currently underway since Monday said that he hoped "India will work together  to take concrete action and implement the consensus reached and jointly work for de-escalation along the border".