India-China standoff: Disengagement on track at Pangong Tso; roadmap to be set 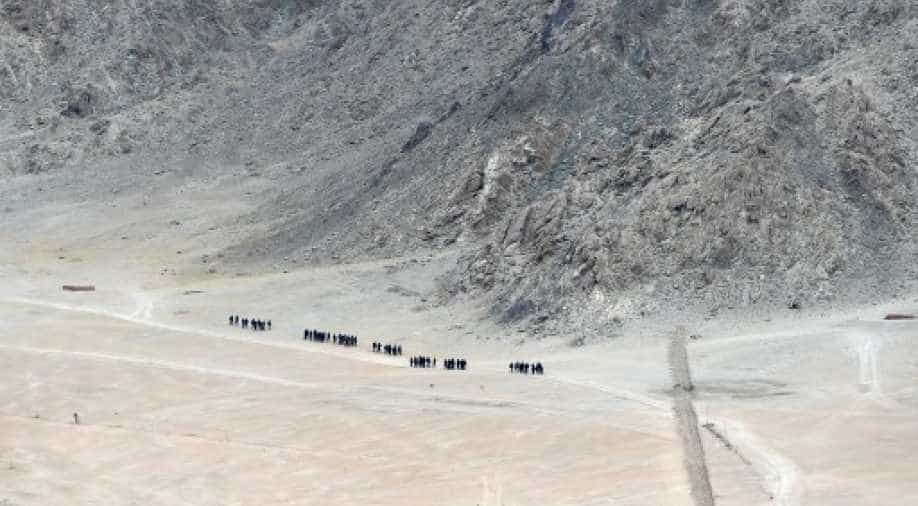 The Army added that the disengagement process has now been completed at "PP-14, PP-15 and PP-17" with the Chinese Army 'thinning out' in Finger area in Ladakh.

Indian Army said that disengagement of Chinese and Indian troops has been completed at Patrolling Point(PP) 17 which is the Hot Springs area, newswire ANI quoted army sources as saying.

The sources added that the disengagement process has now been completed at "PP-14, PP-15 and PP-17" with the Chinese Army "thinning out" in Finger area in Ladakh.

Meanwhile, at Pangong Tso the first step of phase one has been achieved. Further de-escalation talks will take place in the next core commander meeting between India and China and within the next two-three days the road map will be achieved, sources have told WION.

The development comes after India's National Security Adviser(NSA) had a two-hour long meeting with Chinese foreign minister Wang Yi in which both sides actively looked to disengage in a phased manner.

India and Chinese troops had clashed at Galwan on June 15 in which 20 Indian soldiers died fighting the PLA forces, although the Chinese army had suffered casualties as well but the Chinese foreign ministry hasn't released the casualty figures even though China's state-run Global Times had reported on the PLA suffering casualties.

Meanwhile, Indian and Chinese officials are set to conduct a virtual meeting of the WMCC (Working Mechanism for Consultation and Coordination) on Friday on border issues set to take place on Friday.

"We hope India will work together with us to take concrete action and implement the consensus reached and jointly work for de-escalation along the border," Zhao Lijian said.

According to reports, Indian and Chinese armies are expected to carry out a joint verification to ensure seamless implementation of the disengagement process.