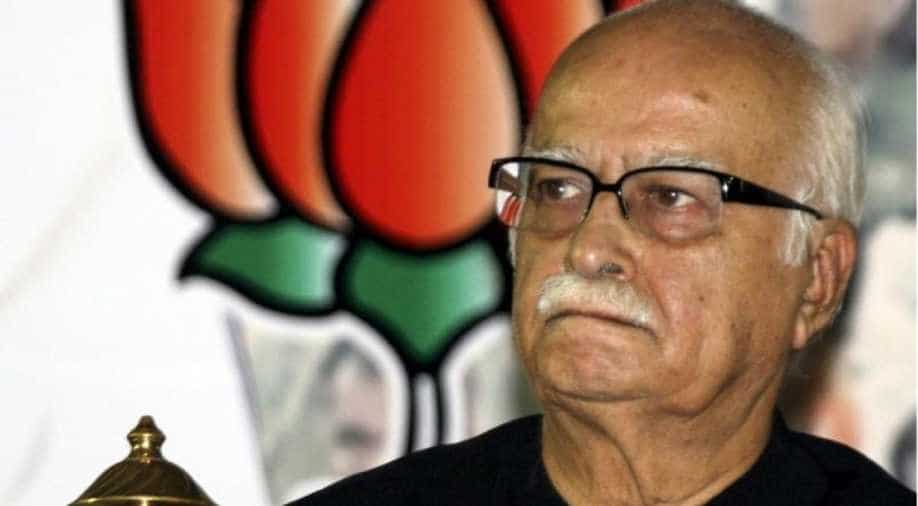 'Over the years, she became one of the most popular and prominent leaders of our party- in fact, a role model for women leaders,' Advani said.

"The nation has lost a remarkable leader. To me, it is an irreparable loss and I will miss Sushmaji's presence immensely. May her soul rest in peace. My heartfelt condolences to Swaraj Ji, Bansuri and all members of her family. Om Shanti", LK Advani said in a condolence message.

Advani recalled his time as the party president in the eighties when he inducted a young Sushma Swaraj into his team, calling her a 'promising young activist'.

"Sushmaji was someone who I have known and worked with since the beginning of her illustrious innings in the Bharatiya Janata Party. When I was the President of the BJP in the eighties, she was a promising young activist who I had inducted into my team", said Advani.

Praising the seven-time MP's leadership and oratory skills, he said, "Over the years, she became one of the most popular and prominent leaders of our party- in fact, a role model for women leaders. A brilliant orator, I was often amazed at her ability to recall incidents, events and present them with utmost clarity and eloquence."

"Sushmaji was also a fine human being. She touched everyone with her warmth and compassionate nature. I do not recall a single year when she missed bringing my favourite chocolate cake to me on my birthday." Advani added.

Odisha Chief Minister Naveen Patnaik also expressed his deep condolences over the passing away of Sushma Swaraj and called her an icon for millions of women in the country.

"Sushma Ji was a people's Minister in its truest sense. As a self-made public persona, she was an icon for millions of women of this country to be inspired. She was always out to help stranded Indians anywhere in the world. She was in the forefront in using social media for providing instant assistance to people in distress. Her multi-linguistic skills with convincing oratory made her a leader of the masses. She was respected across the spectrum of the socio-political milieu in India.", Patnaik said.

"Shall miss her presence @SushmaSwaraj. And the shared memories as a friend debating together during our university days in Chandigarh. My condolences to Swaraj Kaushal & Family. Life is pleasant. Death is peaceful. It's the transition that's troublesome. Isaac Asimov", Bedi tweeted.

An affable leader, an able administrator and an impressive orator - Sushma Swaraj was one of the most prominent faces of the BJP who immensely contributed to the party's growth.

Swaraj was admitted to All India Institutes of Medical Sciences (AIIMS) following a deterioration in her health.

A team of doctors tried to revive her for 70 to 80 minutes but failed in their attempt.

Swaraj was declared dead at 10:50 pm. Swaraj was appointed the foreign minister in the first term of Modi government in 2014. She opted out of the 2019 Lok Sabha elections citing health reasons.