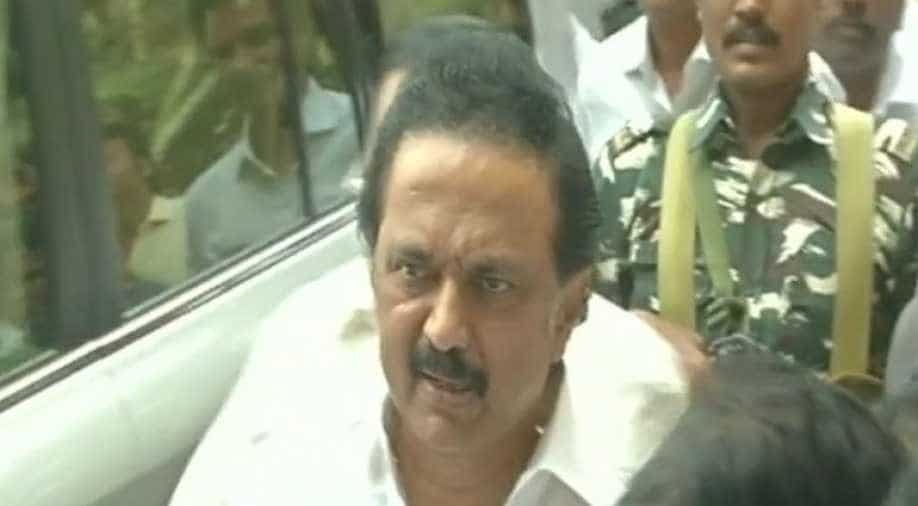 Stalin made the announcement after holding a meeting with party leaders at the party headquarters in Chennai.

Stalin earlier reached the party headquarters, Anna Arivalayam, in Chennai for the meeting.

The bypoll for the constituency from where the late AIADMK supremo J Jayalalithaa was elected twice to the Assembly will be held on December 21 and the counting will take place on December 24.

The Election Commission announced the bypoll dates on Friday.