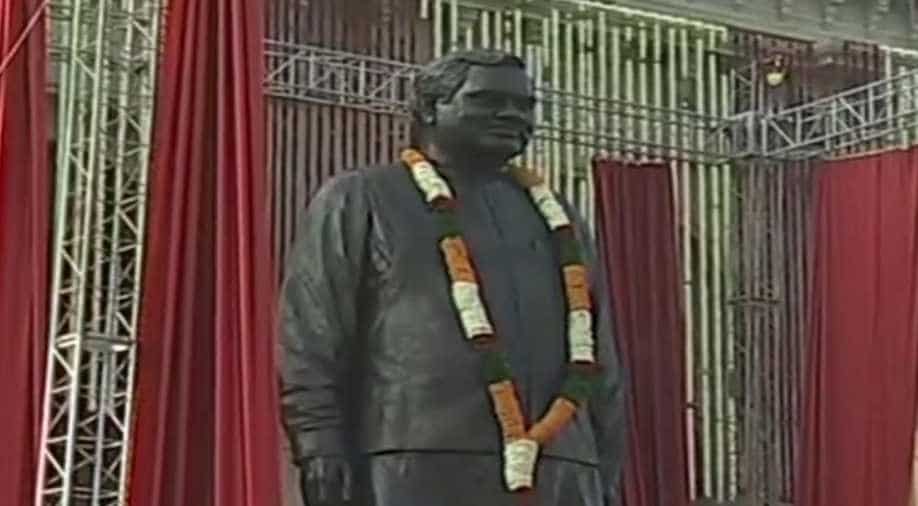 Prime minister Narendra Modi paid tribute to the former prime minister on the occasion of his 95th birth anniversary.

"We have made special security arrangements. The city has been sectored into four parts and security personnel have been deputed there. The officers are not only patrolling but are keeping a hawk-eye on any untoward movement," said Uttar Pradesh Director General of Police (DGP) O P Singh.

"A tribute to the former Prime Minister, Bharat Ratna Atal Bihari Vajpayee Ji on his birth anniversary. He is settled in the hearts of the countrymen," the prime minister's tweet read.

On the occasion, PM Modi launched 'Atal Bhujal Yojana' - a scheme for the better management of groundwater.