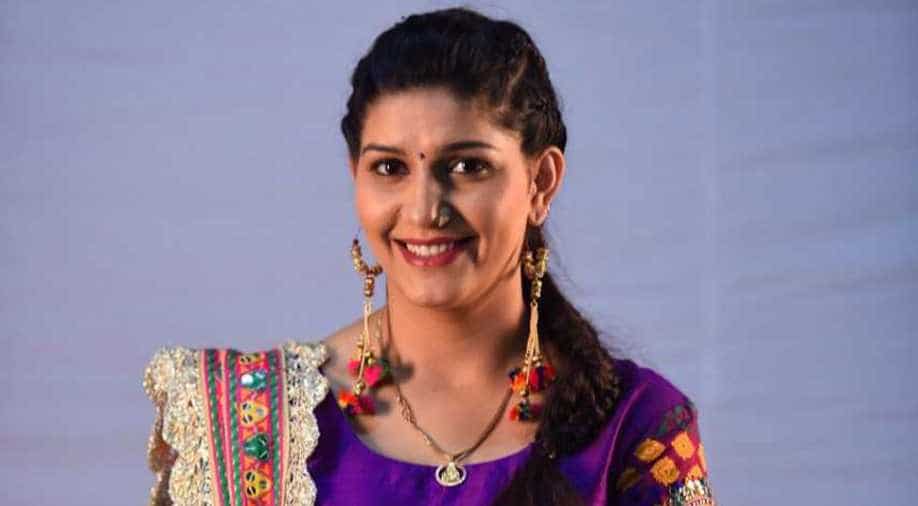 Mathura has a dominant Jat presence and Choudhary hails from the same background.

Haryanvi folk singer and dancer Sapna Choudhary has refuted all reports of joining Congress on Sunday.

"I have not joined the Congress party. The photograph with Priyanka Gandhi Vadra is old. I am not going to campaign for any political party", she said.

Earlier on March 23, there were reports that Choudhary, who wants to contest the Lok Sabha elections from Mathura against Hema Malini of the Bharatiya Janata Party (BJP), met Congress General Secretary Jyotiraditya Scindia before joining the party.

Mathura has a dominant Jat presence and Choudhary hails from the same background.

Picture of Congress Membership Form with Sapna Chaudhary's name and signature on it and fee receipt from yesterday. Today, Haryanavi singer and dancer Sapna Chaudhary has claimed that her pictures are old and she is not a part of any political party. pic.twitter.com/6kCUGlWvE3

Her quality may be gauged from the actual fact that Choudhary beat Sonam Kapoor, Katrina Kaif, Deepika Padukone and Radhika Apte within the list of ‘most searched ladies online in 2018’.

With 1.7 million followers, the former 'Bigg Boss' contestant was all over the news for her smashing makeover and transformation.