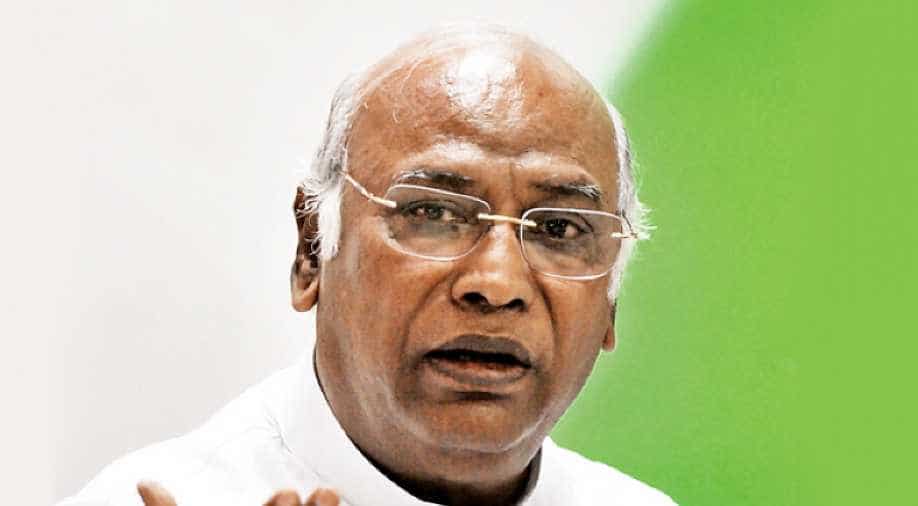 Senior Congress leader Mallikarjun Kharge on Saturday said that the Congress will come back to power in Karnataka and added that BJP&nbspwill not win more than 60-70 seats maximum, forget getting 150.

Kharge further said that BJP is just dreaming of forming the Government.

"We are confident. BJP will not win more than 60-70 seats maximum, forget getting 150. They (BJP) are just dreaming of forming the Government," news agency ANI reported quoting Kharge.

Earlier in the day, BJP Karnataka chief ministerial candidate BS Yeddyurappa claimed that the party will get more than 150 seats and they will form the government in the state.

Yeddyurappa urged the people of Karnataka to vote for BJP and assured them of good governance in the state.

The polling, which began at 7 am in 58,546 polling stations, each equipped with Electronic Voting Machines (EVMs) and Voter Verified Paper Audit Trails (VVPATs), will conclude at 6 pm.

The election in two constituencies, Jayanagar and R.R. Nagar, has been postponed.

In Jayanagar, the polling has been deferred due to the death of a Bharatiya Janata Party (BJP) candidate, B N Vijay Kumar, while in R.R. Nagar, it has been postponed due to fake voter-ID row.

Tight security is in place to ensure smooth and peaceful polling across the 222 seats out of 224 assembly constituencies, spread across 30 districts.

In a first, 'Mahatma Gandhi' makes a special appearance at the UN, stresses on education