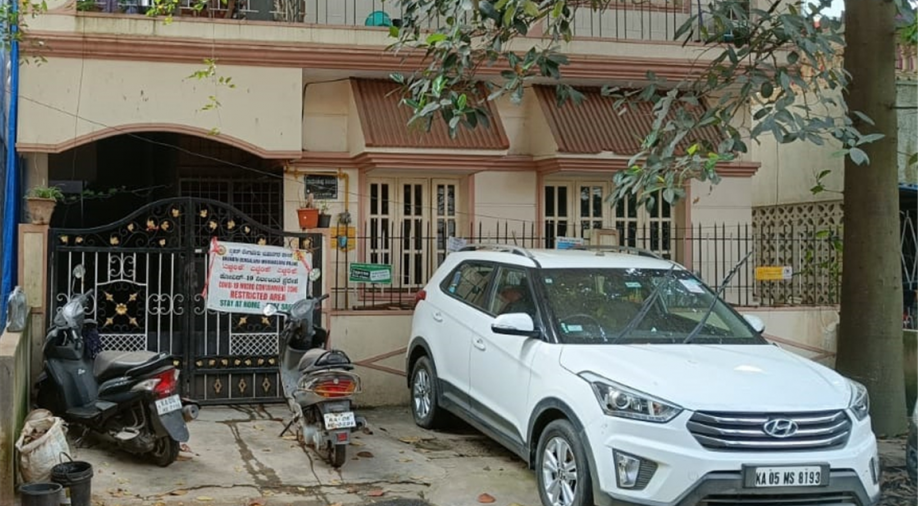 A poster stating containment zone at the residence of a doctor who was detected with the Omicron variant Photograph:( IANS )

India’s Karnataka state government on Friday ordered a probe to find out how the 66-year-old South African national, who was infected with Omicron variant, managed to leave the country even as his genome sequencing reports were awaited.

Questions are being raised after the foreigner managed to get a negative report within three days of testing positive for Covid on arrival and also about him reportedly attending some official meeting and leaving the country.

“The person (66-year-old) had isolated at a hotel and he has gone from there (outside the country). First his (Covid test) report came positive and then re-test came negative. Whether there was any mishandling, whether the lab tests were accurate or was there any wrongdoing, the police commissioner has been directed to investigate this," state revenue minister R Ashoka said.

Speaking to reporters after a high-level meeting chaired by chief minister Basavaraj Bommai, Ashoka said a complaint has been filed and a police team is investigating the case.

"Two reports—one positive and one negative—is doubtful. So, the lab must be investigated. We have asked the police commissioner to investigate immediately in coordination with the health department," he added.

Officials on Thursday said that the South African national had come to Bengaluru on November 20 and his samples were collected at the airport and subsequently he tested positive.

His samples were then sent for genome sequencing, the reports of which came on Thursday, confirming he was infected by Omicron.

Further noting that the person was isolated in a hotel, and subsequently underwent a test separately (self-investigation) at another laboratory (private lab on Nov 23), during which his reports came out negative, they had said he then left for Dubai on November 27 and all his 24 primary contacts and 240 secondary contacts had tested negative.