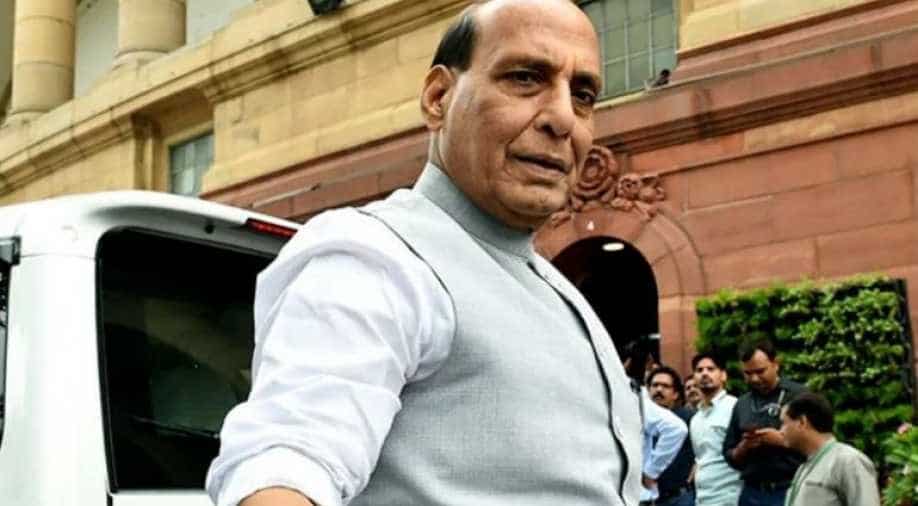 Singh was in Jammu and Kashmir for a day-long visit ahead of Kargil Vijay Diwas.

Defence Minister Rajnath Singh on Sunday said his recent visit to Kargil had renewed his confidence and respect for the Indian Army.

Speaking at a function organised by Veterans India here, Singh said, "During my visit to Kargil, I saw the tall peaks which our brave soldiers managed to win back after defeating Pakistani soldiers positioned on them during the Kargil war. I listened to all the stories of how our brave soldiers recaptured Kargil, I heard the names of brave personnel like Captain Vikram Batra who were ready to sacrifice their life for the nation. It made me respect them even more."

The Defence Minister had visited the Kargil War Memorial in Drass on Saturday and paid tributes to soldiers who had laid down their lives in the 1999 war with Pakistan.

Singh was in Jammu and Kashmir for a day-long visit ahead of Kargil Vijay Diwas.

"The courage showed by the Indian Army soldiers in other wars as well to protect the integrity of the nation is unparalleled to that of any other country in my opinion," Singh added.

He said that in his term as Defence Minister of the nation he will try to ensure that the ex-servicemen and serving personnel face no hardships.

"I will try to do whatever I can to ensure there are no questions raised on your honour and dedication and of that of the soldiers serving today," he added.

He also spoke about his decision of going to Siachen immediately after he took charge of his post in the Union Cabinet.

"On the second day of taking charge as Defence Minister, I went on a trip to Siachen after consulting the Army Chief General Bipin Rawat. My reason for undertaking this trip was to understand what it felt like to be a soldier standing on the border before I start taking decisions for their good," he said.

"It helped me make decisions for their welfare, it helped me keep them in the centre before taking any decision for their benefit," Singh added.