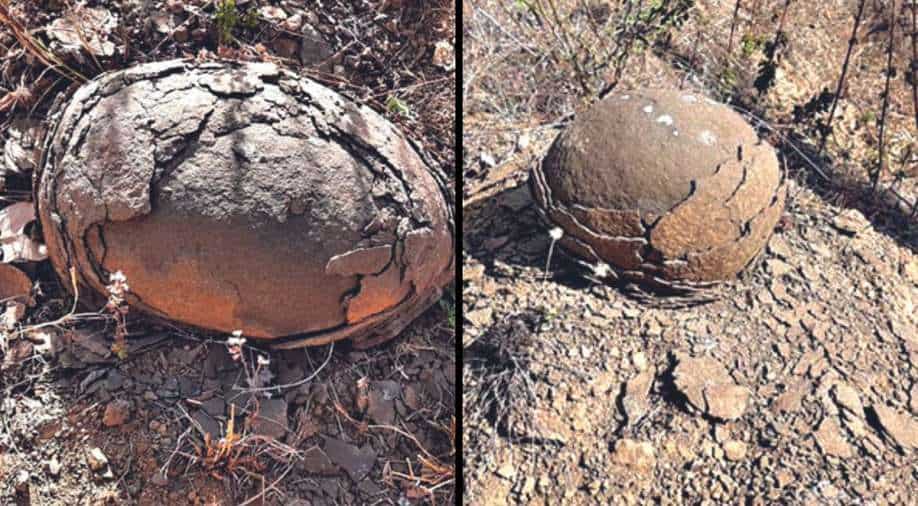 Archaeologists in the Indian state of Madhya Pradesh have discovered massive stone-like objects. While few believe that the discovery could be dinosaur eggs from the Cretaceous period, meaning, 145-66 million years old. The geologists, however, are not so sure if the objects discovered are fossilised eggs. They claim that the objects could be old basaltic rocks as these rocks tend to take such shape over millions of years.

The 10 stone-like objects have been discovered in the Sendhwa district.

These objects were discovered in a forest as a part of a ground survey by a team of archaeologists and forest officials.

Also read | Did we, the modern humans, kill off Neanderthals? A new finding may have answers

While speaking to TOI, an Indian media house, an archaeology department official, Dr D P Pandey said, "The biggest one weighs around 40kg and there are many of 25kg."

He further revealed that he has brought three of these eggs to Indore and they will be displayed at the Indore Museum.

Dr Dhananjay Mohabey, who happens to be a former deputy director-general of the Geological Survey of India has said that the objects seem to be 67-64 years old. “From the pictures, it looks like spherical weathering of some basaltic rocks that can produce what is called ‘onion peel weathering’," he said.