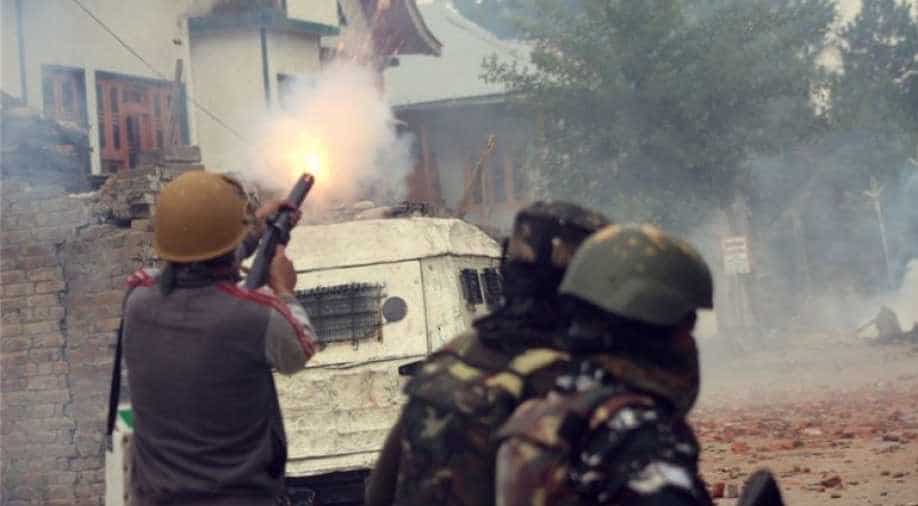 On Friday, in another incident, two terrorists were killed in an encounter in Pulwama's Braw Bandina area of Awantipora.

A day after terrorists targeted an Army patrol at Pulwama in Jammu and Kashmir(J&K), terrorists today lobbed a grenade at a police station.

The bomb exploded outside the police station, reports said, resulting in injuries to a few cilivians. Authorities have cordoned off the area after the attack.

On Monday, nine Army personnel and two civilians were injured when terrorits triggered an IED in an Army vehicle. The vehicle belonged to the 44 Rashtriya Rifles. The injured were taken to a hospital immediately and were in stable condiction, doctors said.

The site of the blast was a few kms away from the area where a convoy of vehicles carrying CRPF personnel on the Jammu-Srinagar National Highway were attacked by a suicide bomber on February 14 in which over 40 soliders were killed.

The key conspirators - Sajjad Maqbool Bhat and Tauseef- belonging to  Jaish-e-Mohammed(JeM) were killed in an encounter with security forces on Tuesday in Anantnag district.

On Friday, in another incident, two terrorists were killed in an encounter in Pulwama's Braw Bandina area of Awantipora. There have been several encounters in the past fortnight between security forces and terrorits in the area.