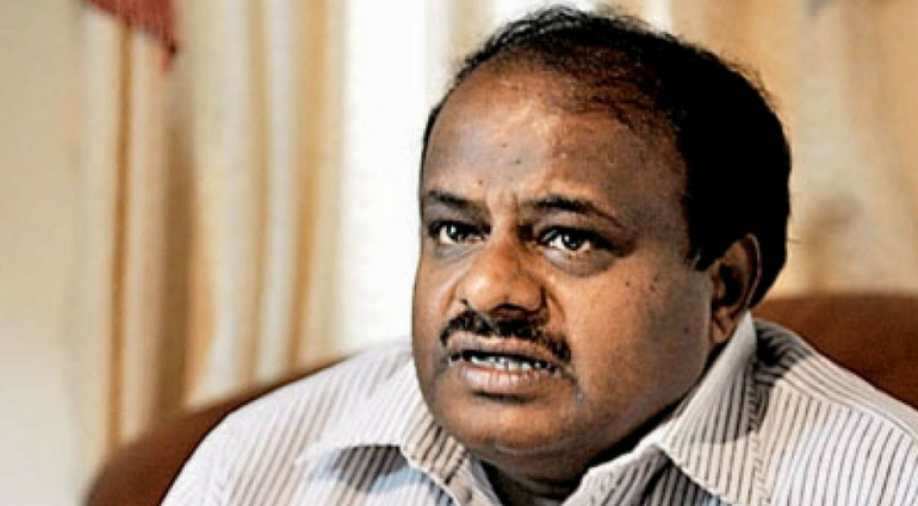 The JD(S)'s HD Kumaraswamy alleged Wednesday that his MLAs are being offered Rs 100 crore each to switch sides.

He added that he was not making his claim "loosely".

"JD(S) MLAs are being offered Rs 100 crore each. Where is this black money coming from? They are supposedly the servers of poor people and they are offering money today. Where are the income tax officials?" Kumaraswamy said.

Karnataka, and the rest of the country, is at the moment in the grip of fevered speculation over who will form the next government there.

The Karnataka vote, which was counted yesterday, ended with the BJP emerging as the single largest party.

Karnataka has 224 assembly seats but voting was held for 222. (Polling was postponed in two seats.) The halfway mark then is 111, with a party needing 112 seats for a simple majority.

The BJP is short by 8 seats, while the JD(S)-Congress combine (including the BSP) has 116 seats.

Right after Kumaraswamy made his allegation, he added: "If you try to poach one from ours, we'll do the same and take double from you."

"Forget 'Operation Kamal' being successful, there are people who are ready to leave BJP and come with us. If you try to poach one from ours, we'll do the same and take double from you. I'm also telling the Governor to not take any decision which encourages horse-trading," he added.

I have been offered from both sides. I am not saying this loosely. There's a black spot on my father's career because of my decision to go with the BJP in 2004 & 2005. So God has given me opportunity to remove this black spot. So I am going with Congress: HD Kuamaraswamy, JD(S) pic.twitter.com/4yFGlNEioZ

The BJP's Yeddyurappa met Governor Vajubhai Vala Wednesday morning, and urged Vala to invite him to form a government.

Kumaraswamy meanwhile said Wednesday that he too will be meeting the governor soon.

Both of them had met the governor yesterday as well.

Everybody of course is now watching and waiting to see what the governor does next, and whom he invites to form the government.