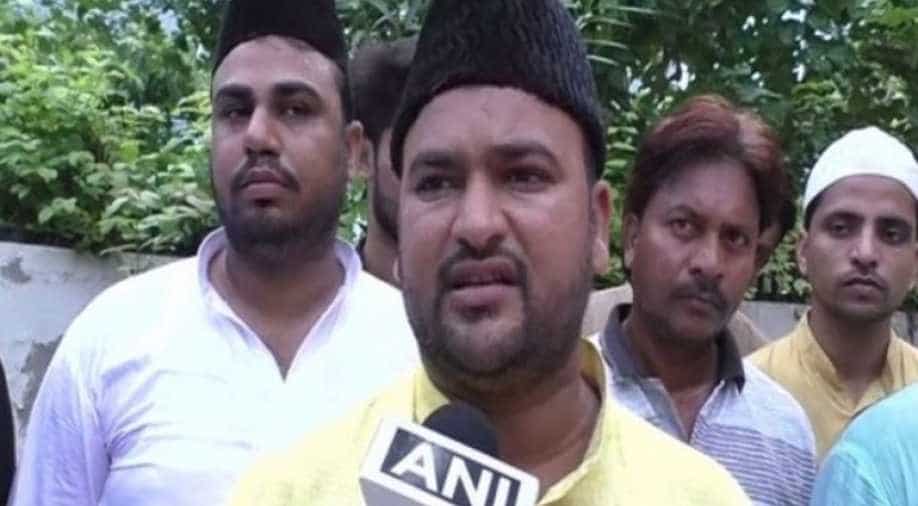 Muslim Youth Association chief Mohammad Aamir Rashid said Rs 21,000 will be given to anyone who blackens the former home minister's face. Photograph:( ANI )

Irked by P Chidambaram's remarks on the abrogation of Article 370, a Muslim Youth Association of the district has announced a cash reward for anyone who blackens the Congress leader's face.

Muslim Youth Association chief Mohammad Aamir Rashid said Rs 21,000 will be given to anyone who blackens the former home minister's face.

"His comment is detrimental to Hindu-Muslim unity. I will give any individual Rs 21,000 from my Eidi (cash received in the form of gift during Eid celebrations) for blackening his face," Rashid said.

Chidambaram had claimed that the BJP would not have touched Article 370 if Kashmir was a Hindu-dominated region.

"If there was a Hindu majority in Kashmir, the BJP wouldn't have touched (Article 370). Because of the Islamic majority, the BJP did it," he had said on August 11.

"I say it's true there were thousands of people gathered against the abolition of 370... tear gas...shooting. All of that is true," the Congress leader added.

"Jammu and Kashmir is a part of India. There is no doubt. If there is a doubt, it's for BJP only. The people who don't know 72 years of history have done it (370) with muscle power," he said.

4.5 magnitude earthquake strikes near Rajkot in Gujarat: Centre for seismology