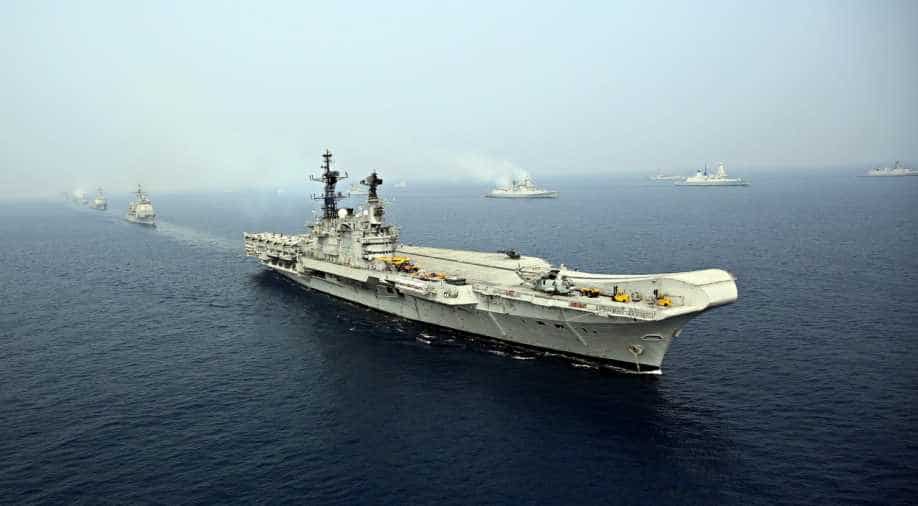 India's navy, which has traditionally operated closer to home waters, has over the past year or so begun deployments across the Indian Ocean stretching from the Malacca Strait in Southeast Asia to waters off Africa, largely as a response to China's expanding weight across the region.

Indian warships escorting merchant vessels in the Persian Gulf will remain deployed for the longer term, officials with direct knowledge of the matter said, as tensions between Iran and Western powers rise.

But the two ships, backed by surveillance aircraft, will not be part of a military coalition that the United States is assembling to safeguard the waters off Iran near the Straits of Hormuz, through which a fifth of the world's oil moves, the two officials said.

Since June following attacks on tankers that the United States blamed on Iran and Iran-aligned fighters, a charged Tehran denies, the Indian navy ships have been escorting Indian-flagged vessels in and out of the Persian Gulf and the Gulf of Oman.

"This is not going to stop, the situation being what it is, we will be there for the foreseeable future," said an official with knowledge of naval deployments.

India's navy, which has traditionally operated closer to home waters, has over the past year or so begun deployments across the Indian Ocean stretching from the Malacca Strait in Southeast Asia to waters off Africa, largely as a response to China's expanding weight across the region.

But the maritime operation in the Gulf is also to heed US President Donald Trump's call that major buyers of Middle East oil protect their own tankers, a second Indian official with knowledge of India's policy on the region said.

The issue figured during Prime Minister Narendra Modi's meeting with Trump on the sidelines of a G20 summit in Japan last month and Modi told the US leader he had sent ships to protect Indian-flagged vessels, the official said.

Trump has been putting pressure on European and Asian allies to shoulder security responsibilities and not depend on the United States alone.

Deepening regional tensions, Iran said on Thursday it had seized a foreign tanker smuggling fuel in the Gulf, and the US military commander in the region said the United States would work "aggressively" to ensure free passage of vessels.

On Friday, US officials will speak to members of the Washington diplomatic corps about the new initiative to promote freedom of navigation and maritime security around the Strait of Hormuz, the State Department said.

New Delhi will not be formally joining such a force, in large measure because that would pit it directly against Iran, with which it has had historical political and energy ties. It also has never been part of foreign military task forces, preferring to work under the United Nations flag instead, the first official said.

India is the biggest buyer of Iranian oil after China.

"We will be carrying out the force protection measures on our own for Indian-flagged vessels. So far, nearly two dozen ships have been provided security," the official said.

But there is coordination with the US military with which India has a logistics support agreement, the official said.

Indian naval ships operating in the Gulf have been fuelled by the large fleet of US tankers and such assistance will remain because of the indefinite length of operation, the official said.

There have been no incidents so far involving Indian commercial shipping in the vital waterways.

"I surmise in a conflict we will be neutral. We will be drawn into it only if our shipping is hit," said former Indian naval officer Abhijit Singh, who heads the Maritime Policy Initiative think-tank at the New Delhi-based Observer Research Foundation.

About 15 Indian ships - destroyers, frigates, corvettes and large patrol vessels - are operating at the entry and exit points of the Indian Ocean, stretching from the Malacca Strait, through which much of China's trade and fuel is routed, to the Gulf of Aden in the west.