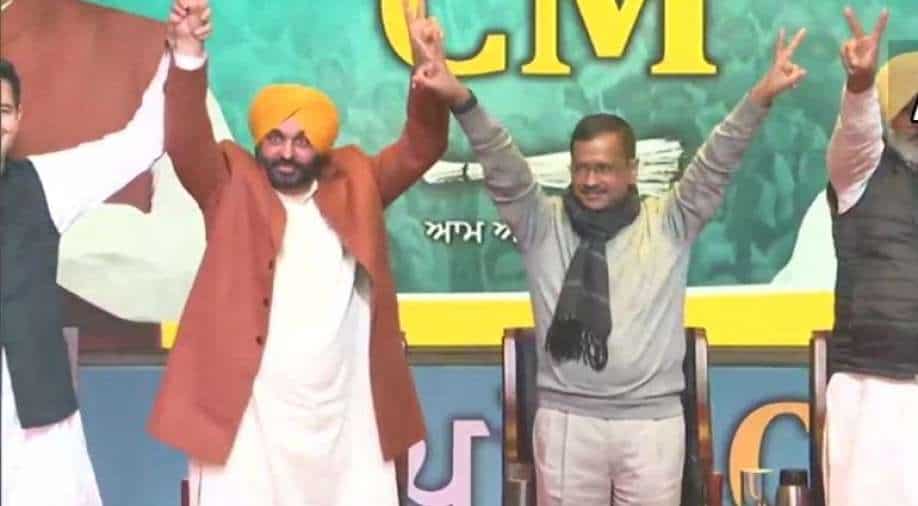 Bhagwant Mann, a comedian-turned-politician, won 93.3 percent of the votes cast on AAP's dedicated phone line for Punjab residents to voice their opinions on the party's CM candidate.

After failing to find a Sikh face from outside who could be the "pride of Punjab," and with Mann persistently selling himself for the top job, the party's central leadership bit the bullet and chose to move forward with the Lok Sabha MP.

The clincher for the talented comedian-turned-politician, though, was the outpouring of support on Kejriwal's phone line, which he launched on January 13 and was open until 5 p.m. on January 17.

Kejriwal issued an open invitation to Punjab voters to choose their chief ministerial candidate, regardless of age, sex, religion, or occupation.

With less than 24 hours to the deadline, Mann had established an unassailable lead over the competition.

According to the AAP, more than 21 lakh people voted.

Kejriwal revealed that Congress leader Navjot Singh Sidhu received around 3% of the vote.

Some even voted for Delhi Chief Minister Arvind Kejriwal, but those votes were ruled invalid.