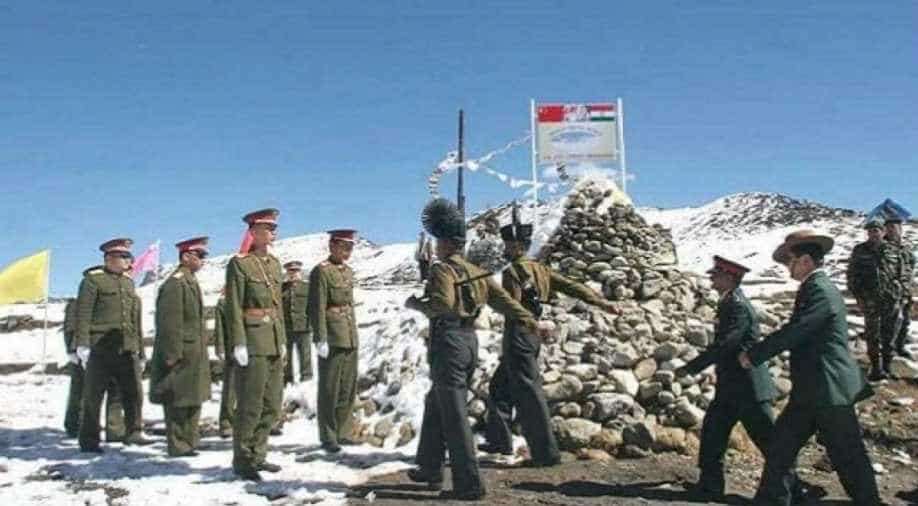 The talks are being held after Indian troops have thwarted the Chinese Army's attempts to transgress into areas in Ladakh.

India and China continued to hold talks at Brigadier-level for the fifth day as well after the Indian Army thwarted Chinese Army`s attempts to transgress in new areas.

However, in an unusual manner, the talks are being held in an open area in Chushul rather than the usual meetings inside the Border Personnel Meeting huts built for the purpose there in both sides of the Line of Actual Control (LAC).

The meeting of Indian Army`s Brigadier with his Chinese counterpart is currently underway in Chushul in eastern Ladakh to the ongoing issues between the two nations along the Line of Actual Control (LAC), Indian Army sources said.

The talks are being held after Indian troops have thwarted the Chinese Army`s attempts to transgress into areas in Ladakh.

On the intervening night of August 29-30, the Indian Army thwarted an attempt by the Chinese Army to transgress into Indian areas near the southern bank of Pangong Tso near Chushul in Ladakh.India and China are engaged in a standoff since April-May over the transgressions by the Chinese Army in multiple areas including Finger area, Galwan valley, Hot springs and Kongrung Nala.

The situation worsened after 20 Indian soldiers were killed in violent clashes with Chinese troops in Galwan valley in June.The talks between the two sides have been going on for the last three months including five Lieutenant General-level talks but have failed to yield any results, so far.