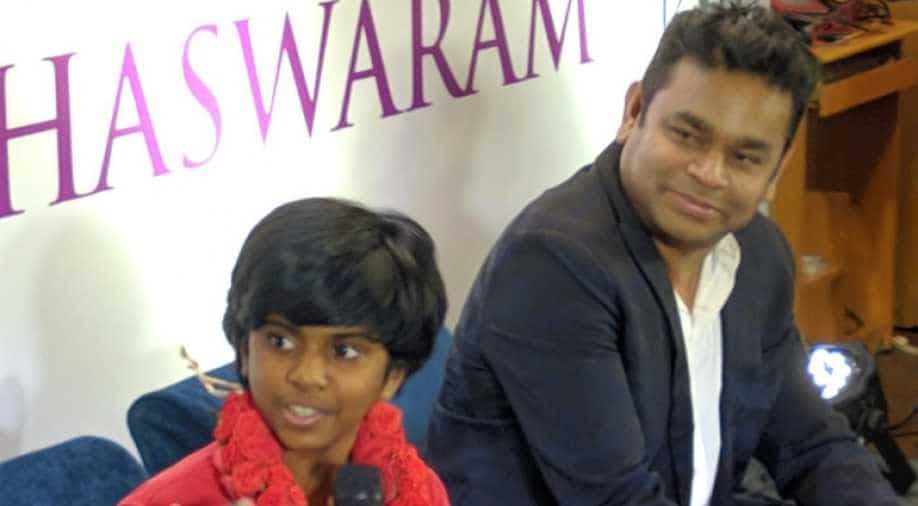 His latest feat at the World’s Best Show involved competing with solo and group artists from over 190 countries, who were much more senior in terms of their age and experience.

Lydian has been training at the Conservatory in Chennai for the last five years under a scholarship programme. It was here that he mastered the Russian Piano style under the tutelage of Dr Surojeet Chatterjee.

Lydian is a familiar name across the music circles in Chennai, but he shot to fame and became a YouTube sensation after appearing in the Ellen DeGeneres show.

His latest feat at the World’s Best Show involved competing with solo and group artists from over 190 countries, who were much more senior in terms of their age and experience.

But the ‘Little Maestro’ ended up winning hearts and eventually the coveted trophy along with a million dollars, thanks to his unparalleled ability.  His six performances included playing two pianos simultaneously, playing the piano blindfolded, playing the piano at breathtaking speeds of 325 beats per minute.

Lydian’s association with music begins right from his very name. His musician father Varshan Sathish derived his first name from the Lydian Mode which is a seven-tone musical scale and the latter half from the Nadhaswaram, which is a traditional, auspicious South Indian wind-musical instrument.

Speaking to WION, Lydian’s father Sathish said, “Lydian started playing the drums as a two-year-old and since then there has been no looking back.”

Save for his brief stint at UKG, Lydian does not have a formal education, as his father did not believe in the concept of making little children wake up early and leave for classes. Instead, he believed in nurturing their natural talent. Lydian’s sister too is a flautist and vocalist. His father plans to home-school Lydian under the National Institute of Open Schooling, after he turns 15.

Speaking at the anniversary event, Lydian reminisced the time of his enrollment at KM Music Conservatory as an 8-year-old, with the aim of learning to play tabla. But eventually, he also ended up getting better at playing the drums, piano and bass guitar.

I joined KM for tabla. Responding to questions about his performance at the global stage, he said, ''I wasn't nervous at all and I was happy to be there and perform. It was a great experience to compete with performers who held several Guinness World records. I also had the opportunities to meet and interact with several talented people and veteran International judges.''

Hailing the achievement, Principal and Founder of KM Music Conservatory AR Rahman said, “Lydian success is India's success and he should become a Music Ambassador for India. This achievement brings the special cultural, artistic value of people of Chennai to the whole world.''

Recalling his first meeting with Lydian, he said, ''I met him several years ago at a music release function where I was the Chief Guest and he was playing the drums there, he came across as a phenomenal musician.'' Rahman also emphasized that Lydian is only at the start of his journey and that he should perform on global stages.

At a time when praises are being heaped on his son, Sathish speaks on what went into the making of such talent. ''Lydian practices for over six hours a day in order to master his abilities, develop new ones. Not having a TV at home ensures he remains focused on his goals.'' A major part of support and encouragement in this journey came from Michael Novogratz, a well-wisher from New York who had gifted Lydian a Steinway and Sons Piano, which is considered as the world’s best piano and costs over a crore, he added.

A few months before he turns 13, Lydian has a World’s Best trophy that he can call his and is also to be certified the Youngest Steinway Piano Player. But Lydian remains focused on his ambition of being an independent musician and a composer for animation films.