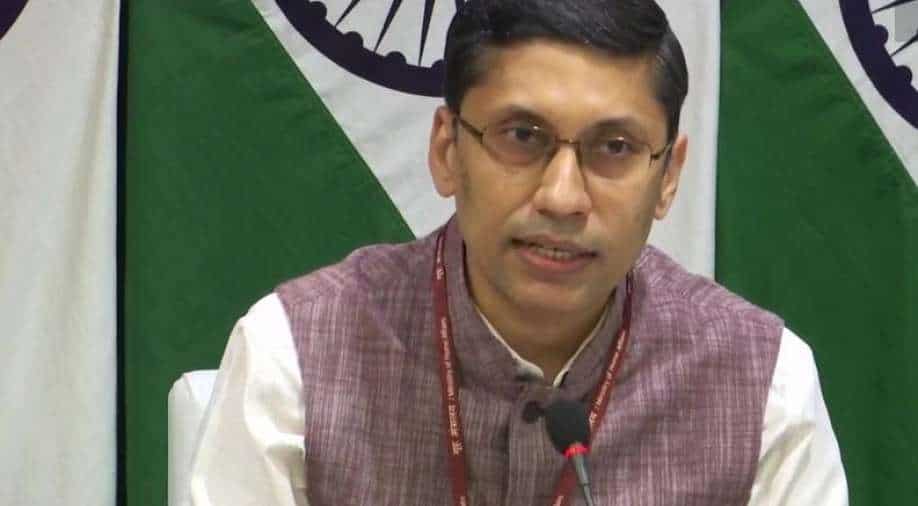 A total of six evacuation flights have landed in India from embattled Ukraine, claims Arindam Bagchi, the official spokesperson, Ministry of External Affairs. There were 1396 passengers in these six flights.

While speaking at a press briefing, Bagchi said, "Evacuation efforts on... situation on the ground continues to be complex and fluid, some of them quite concerning, but we've been able to accelerate our evacuation process. About 8000 Indian nationals have left Ukraine since we issued advisory, not since the conflict began."

This is being done to coordinate and oversee the evacuation process.

"We request Indians to go to west Ukraine but don't reach the border directly as there is rush there, it'll take time. Go to nearby cities, seek shelter there. We're making arrangements there, our teams will help you. Don't panic, we have enough flights," he said.

MEA Spokesperson Arindam Bagchi also said that India will send humanitarian aid including medicines to Ukraine as requested by the Ukrainian Ambassador.

Meanwhile, the embassy of India in Ukraine issued a new advisory to Indian nationals. "Weekend curfew lifted in Kyiv. All students are advised to make their way to the railway station for onward journey to western parts. Ukraine Railways is putting special trains for evacuations," it read.